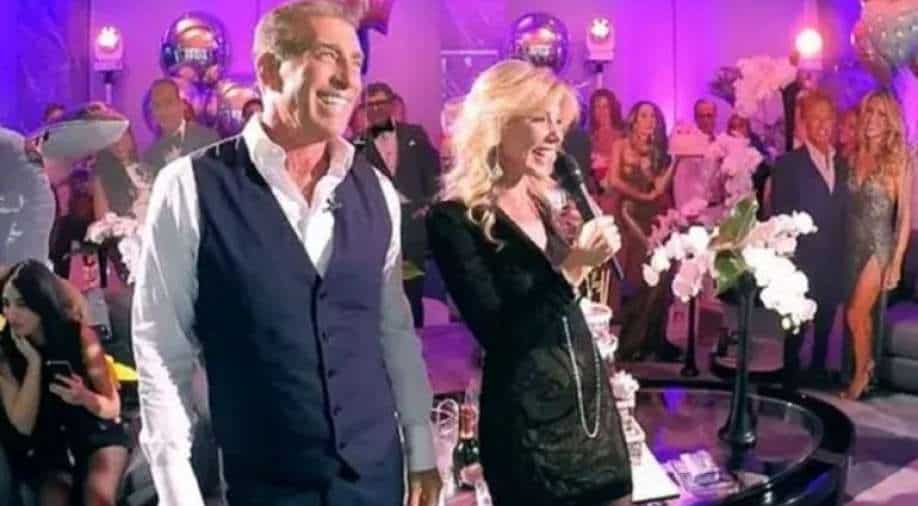 When the police knocked on the door of the jet tycoon, Steve Varsanao, they realised the guests were actually life-size cutouts that looked like real people

Some London locals tipped off the police complaining about a birthday party amid a lockdown in the UK. However, when the police reached the venue, it turned out to be something different.

The Zoom birthday party, organised by a rich socialite, was reported to the London police. Passers-by thought the party had a huge attendance of guests and thus told the police.

However, when the police knocked on the door of the jet tycoon, Steve Varsanao, they realised the guests were actually life-size cutouts that looked like real people.

The 64-year-old socialite had organised the birthday party for his girlfriend Lisa Tchenguiz who has turned 56 this year.

To make the Zoom party look better and re-live the pre-pandemic days, the socialite had placed life-size cutouts of nearly 70 guests.

Thinking the cutouts were real, some passers-by tipped off the police and nearly ten officers showed up on the socialite's doors within minutes.

"There were about ten officers. They went to all the rooms in my offices like I was some criminal. Someone must have called and said I was having a party because they saw trucks delivering lights and balloons and images," Varsano recalled.

On investigating, the London police found out there was only a light operator inside the house and he was wearing a mask and maintaining social distance while standing behind a glass partition.

Varsanao said he went to extreme limits to adhere to the coronavirus guidelines set by the health experts and the police was in fact "surprised that there were no people that they could issue a fine to".

His girlfriend, thankfully, was not affected by this interference in her celebrations. "The police didn't dampen my spirits. They were kind enough to say hello to my friends. They were doing what they need to do," she said. "It was incredible. I saw these cut-outs and they looked so real and then I turned around and saw a screen of my friends from all over the world."