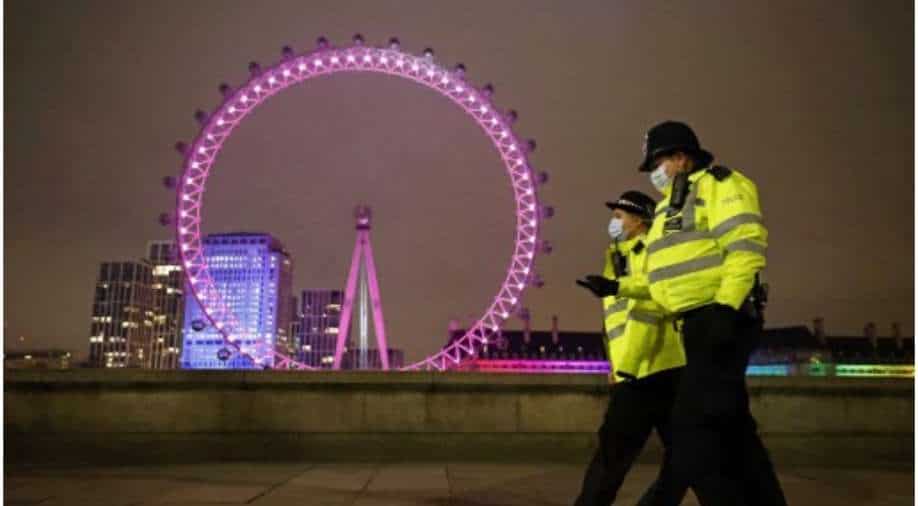 London: London receives less rainfall than cities like Paris and New York and gets water from rivers like the Thames and Lea. Authorities think that the city will start facing water supply problems by 2025. Photograph:(AFP)
Follow Us

Four men were arrested in London recently for shouting anti-semitic slogans from a car. The police probed the incident after videos on social media showed the men making the remarks.  These men belonged to a group that showed up with the Palestinian flags decorated on their cars.

As the horde of cars arrived, one person could be seeing shouting abuses through a megaphone. Sky News reported that the events took place in north London’s Finchley Road.

Currently, Israel and Gaza are involved in a violent clash which has led to the deaths of almost 200 people, majority of them from Gaza. Both the territories are firing rockets and the conflict shows no signs of abating. The ongoing crisis marks the worst violence the region has seen in many years.

197 Palestinians including 58 children and 34 women have died in the conflict so far. In Israel, 10 people including two children have been reported dead.

"Officers investigating a video which appeared to show antisemitic abuse being shouted from a car in north London have made four arrests”, Sky News quoted a statement from Scotland Yard as saying.

On Saturday, thousands of people marched through London to the gates of the Israeli embassy to protest against the ongoing violence.  People are also protesting in other cities in the United Kingdom and Ireland against the violence

"Police received reports of people shouting antisemitic abuse from a car travelling within a convoy of vehicles through the St John's Wood area on the afternoon of Sunday, May 16”, the Scotland Yard statement added.

According to Scotland Yard, the car was traced to the A40 in Hillingdon. A police helicopter was then deployed. Eventually, officers were able to stop the car at 6.30 pm local time.