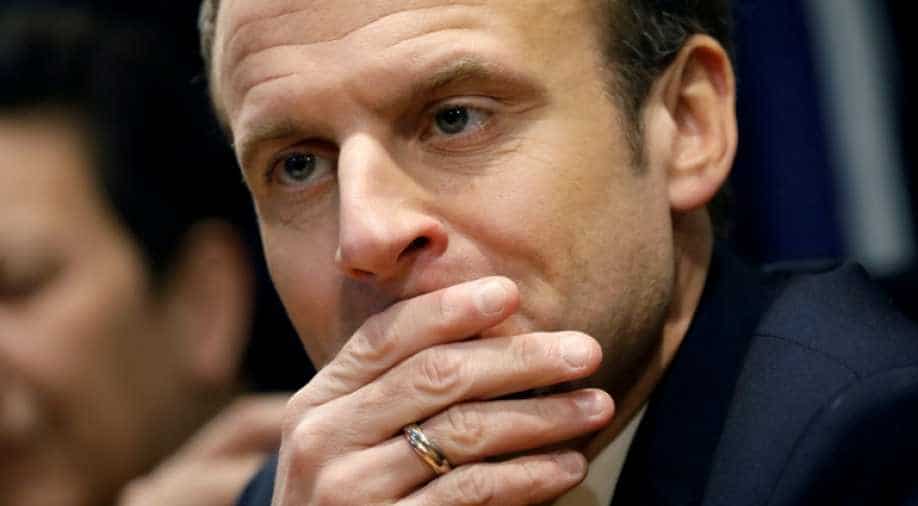 In the cobbled streets of Rennes, there is scant affection for Emmanuel Macron among the voters who propelled France's mould-breaking president to power, though hopes for a socialist revival in this bastion of left-wing support are muted.

Nearly nine in every ten voters here backed Macron in his run-off race against Marine Le Pen a year ago, but most did so to keep a far-right populist leader out of the Elysee Palace rather than open the door to a former investment banker promising to create jobs and improve workers' lives by rebooting the economy.

A year on, Macron, who pitched himself as 'neither of the left nor right', faces simmering discontent over economic policies perceived as favouring the wealthy, as well as accusations of a controlling leadership style and intolerance for dissent.

"He's too much of a neo-liberal for me," said administrator Herve Garnier, a longtime supporter of the centre-left Socialist Party who voted for Macron last May's second round.

"His government doesn't listen, it imposes what it wants. But you've got to listen to the street," the 50-year-added, a reference to the protests by public workers, students, pensioners and railworkers confronting Macron.

Macron has so far ignored voter anger and a precipitous decline in popularity, pressing ahead with policy to liberalise the heavily-regulated economy and confronting head-on labour unions and other vested interests he believes have choked growth in the past.

Some 58 percent of French consider his economic reforms "too radical", an Odoxa poll showed this week, but Macron says he will not be distracted from his chance to reshape France.

Unions complain Macron has eroded workers' rights to the benefit of big business, while left-wing opponents have dubbed him the "president of the rich".

"You can hope some bankers will be human beings. Now we realise he's shown his true colours, he's a true banker," said retired history teacher Luis Guasco, a supporter of the far-left France Unbowed party.

Guasco is bitter about Macron's move to increase a tax on pensioners while scrapping a wealth tax, and the lack of debate in a parliament where Macron's Republic on the Move party holds a commanding majority.

Macron's stunning sweep to power all but wiped the traditional parties off the French political landscape. Twelve months on both the Socialist Party and centre-right party The Republicans are still searching for a response.

"For now there is no opposition in the making, quite simply because there is no credible alternative project. It's either chaos with the National Front and France Unbowed, or a complete lack of ideas," said Laurent Bigorgne, director of the Institut Montaigne think-tank.

An Elabe opinion poll this week showed almost half of all respondents saw no credible opposition to Macron. Just 4 percent considered the Socialist Party as a real opposition force, underscoring the scale of the former ruling party's demise.

Macron and his party have, however, discovered early on that enacting broad social and economic reforms without a traditional power base can have its price, losing two by-elections in February.

Analysts say the Socialist Party will need to rebuild from local power bases in cities like Rennes, nearby Nantes and the northeast industrial city of Lille, where the party still holds control of the town halls.

"The socialists were hounded out on a national level, now they will hope to re-enter on the local stage," said Pascal Perrineau, a political science professor at Sciences Po.

Municipal elections and then regional votes in 2020 will be a test of both Macron's ability to extend his barely two-year old political movement into local communes and departments and of the mainstream parties ability to recover.

"If Macron's movement at the national level doesn't connect with grassroot-level politics then it will be a fragile force," Perrineau said.