Less time to prevent Covid surge in US as holidays approach, says Fauci 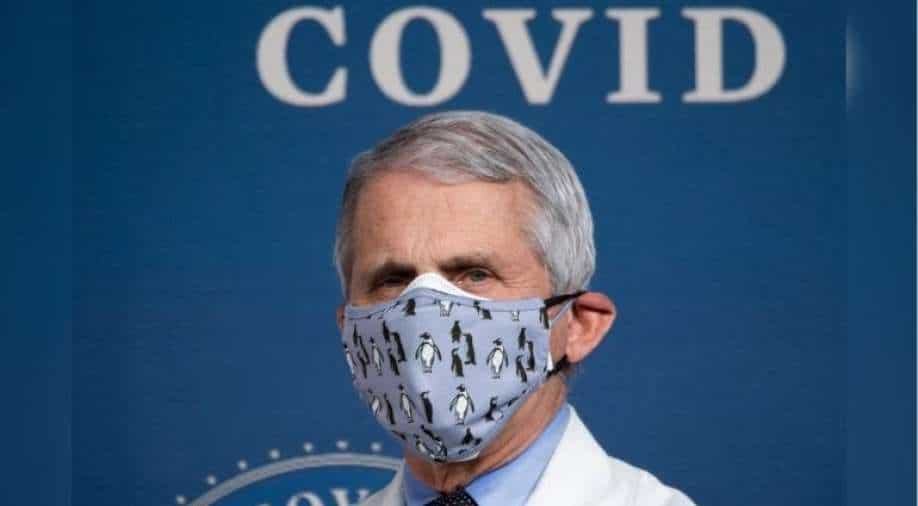 Dr Anthony Fauci says that it is not too late to avoid the worsening of cases before Christmas and New Year Photograph:( AFP )

An analysis by The New York Times shows that in the last two weeks, the daily average of Covid cases has increased by 29 per cent

The US government’s chief medical adviser Dr Anthony Fauci has warned that there is less time to prevent a “dangerous” new surge of coronavirus cases. This comes just before the holiday season in the US.

While speaking at CNN’s State of the Union on Sunday, he said that it is not too late to avoid the worsening of cases before Christmas and New Year.

“We still have about 60 million people in this country who are eligible to be vaccinated who have not been, and that results in the dynamic of virus in the community that not only is dangerous and makes people who are unvaccinated vulnerable, but it also spills over into the vaccinated people," he said.

An analysis by The New York Times shows that in the last two weeks, the daily average of Covid cases has increased by 29 per cent. Transportation Security Administration has also predicted that the number of people travelling during Thanksgiving is somewhat similar to pre-pandemic levels.

Meanwhile, earlier in an interview with Greta Van Susteren, Fauci was asked if he expected another surge of coronavirus cases due to the delta variant or other variants. To this, he responded that it would depend on how well the United States can vaccinate the millions of Americans who have not yet gotten a single shot.

In a report by The Hill, Fauci was quoted as saying, “Fortunately, right now, over the last few weeks, we've seen a turnaround in the slope in going down in both cases and hospitalisations. Deaths are still up, but it's really flattening, so it's a lagging indicator."

He further said that how quickly the cases will go down and how thoroughly they go down is going to completely depend on a number of circumstances.

He added that this will be influenced by things like the colder weather, people doing things indoors, how well they go by the CDC guidelines.