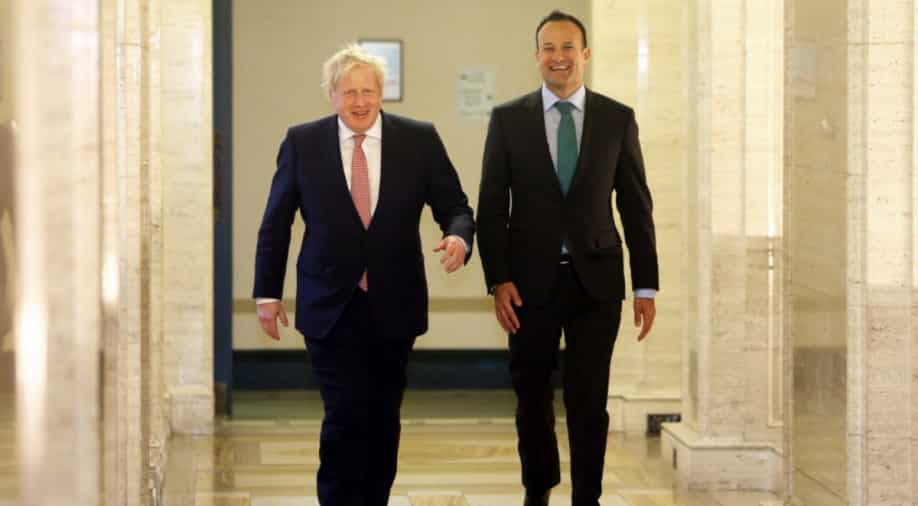 Tacitly accusing the British government of being dishonest and dishonourable, the tánaiste made the sharp attack in an interview

Tacitly accusing the British government of being dishonest and dishonourable, the tánaiste made the sharp attack in an interview.

He told BBC that “I think that’s a strategic mistake for people who want to maintain the union because if you continue to impose things on Northern Ireland that a clear majority of people don’t want, that means more people will turn away from the union. It’s a peculiar policy coming from a government that purports to want to defend the union.”

“What the British government is doing now is very undemocratic and very disrespectful to people in Northern Ireland because it’s taking that power away from the assembly.”

“It is not normal for a democratic government in a respected country to sign a treaty and then try to pass domestic legislation to override it,” he added.

It comes after a top EU official said that if talks are constructive and do not resume with an outcome already set by London, the European Commission is willing to negotiate trading arrangements for Northern Ireland with Britain.

Commission Vice President Maros Sefcovic told a news conference in Brussels, "Our doors are open for negotiations but it has to be constructive negotiations and it cannot be done in a way that we negotiate but the result is given in advance."

Despite EU warnings it is illegal and could spark a trade war, the UK government's bid to scrap parts of post-Brexit trade arrangements in Northern Ireland cleared its first hurdle on Monday.

Allowing it to progress to the next stage of scrutiny in parliament, MPs in the House of Commons voted through the controversial Northern Ireland Protocol Bill by 295 votes to 221 after a debate.