Legal marijuana off to blazing start in California 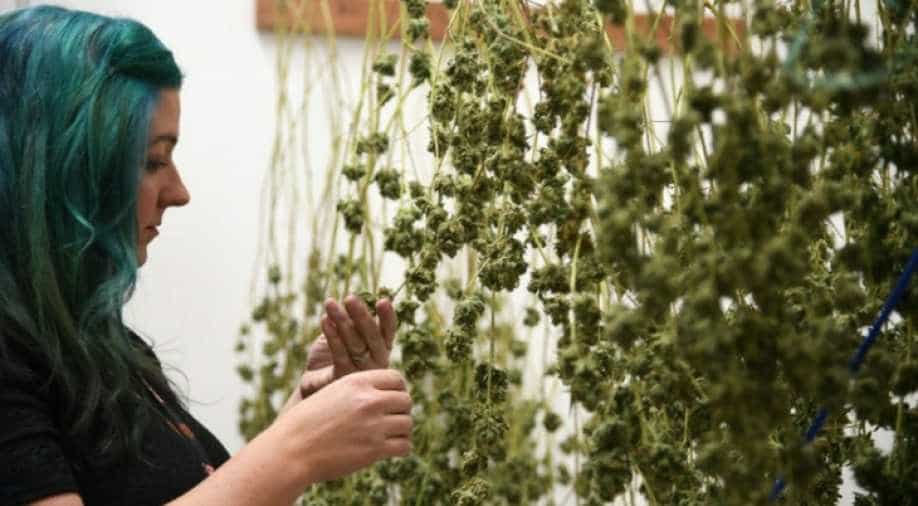 Eight states, as well as the capital Washington, have already legalized recreational use of the drug, though it remains outlawed at the federal level. Photograph:( AFP )

It's the first day that marijuana can be bought and sold legally in California, and store owner Nicole Salisbury's stock of pot edibles is already running low.

The phone has been ringing non-stop for weeks with people from out-of-state expressing an interest in sampling her wares.

"I'm so excited but I'm also a little bit nervous," says Salisbury, who has been in the marijuana business for a decade and opened Green Pearl Organics as a medical dispensary two years ago.

"For the first time, I feel comfortable telling people that I own a marijuana shop," added the 35-year-old, who has vibrant blue-green hair.

Eight states as well as the capital Washington have already legalized recreational use of the drug, though it remains outlawed at the federal level.

But California's sheer size -- its roughly 40 million people make it America's most populous state -- as well as its booming economy mean it is expected to be the world's largest market for the green flowering plant.

California became a pioneer when it legalized medicinal use of pot in 1996, and its decision to expand that to recreational use effective Monday will be watched closely around the world by countries hoping to cash in on the so-called "green rush."

Throughout the Golden State on Monday, marijuana aficionados formed lines outside legal shops, no longer forced to conduct business with illicit dealers on the down low.

At Green Pearl Organics, Salisbury's team has been working since 8:00 am, helping customers with their various products -- waxes, brownies, different forms of weed to soothe or to induce highs.

After a quiet morning following New Year's Eve celebrations, the shop starts to overflow by midday.

Some elderly customers -- longtime buyers who have been coming to the store since it opened -- are annoyed that they now have to wait in long lines.

Some complain that only medical use should have remained legal, while others are unhappy at the heavy taxes applied to cannabis, which exceed 20 percent when state, sales and municipal taxes are added.

Buying involves showing a driver's license or other form of ID as proof you are 21 or above, and customers receive their goods in an opaque white bag.

Californians can get up to 28.5 grams (one ounce) of cannabis without a prescription and grow up to six plants per residence.

The waiting room is filled with men and women of all ages, many regulars who live in this desert region, some two hours east of Los Angeles.

"It's great to come get marijuana without actually having to see a doctor," says Andrew Jennings, who is originally from Texas.

"There's no place in Texas where you can go -- with a doctor's recommendation or without," he adds.

"A lot of people think you just sit on your couch and watch TV, but depending on the strength, it can actually increase your focus," adds the bearded 32-year-old, who was accompanied by his yoga-teacher girlfriend.

"If you're selling alcohol in this country, you should also sell weed -- it brings taxes, we get great marijuana that's being tested, so everybody's winning," adds Jennings, who is between jobs and says he enjoys cycling in nature when he gets high.

Christina, a 50-year-old behavioral therapist for special needs children, who declined to give her last name, has come to buy marijuana oils hoping they will restore her hormonal balance and calm her anxiety.

"I'm trying to get a natural medicine, (but) I don't want to be a stoner," she says, adding that she would rather her 12-year-old son does not know because she doesn't want to encourage him as she believes marijuana is bad for developing brains.

According to the new law, marijuana cannot be consumed in public places or while driving -- nor can it be used within 1,000 feet (about 300 meters) of a school or other place for children.

Desert Hot Springs is hoping to carve out a niche as a destination for marijuana lovers -- as well as the curious -- from all over the country.

Many business owners are also investing in farms -- Salisbury is planting her seedlings in a plot at the back of the store while also working with a network of growers.

Both the mayor and the police have backed the industry, which is projected to be worth $5.8 billion in California by 2021, according to consultancy firm ArcView.

For Salisbury, it's also a matter of personal dignity.

"I felt social shame -- I felt as though I were a prostitute or a stripper even though I always obeyed the law and paid my taxes," she says.