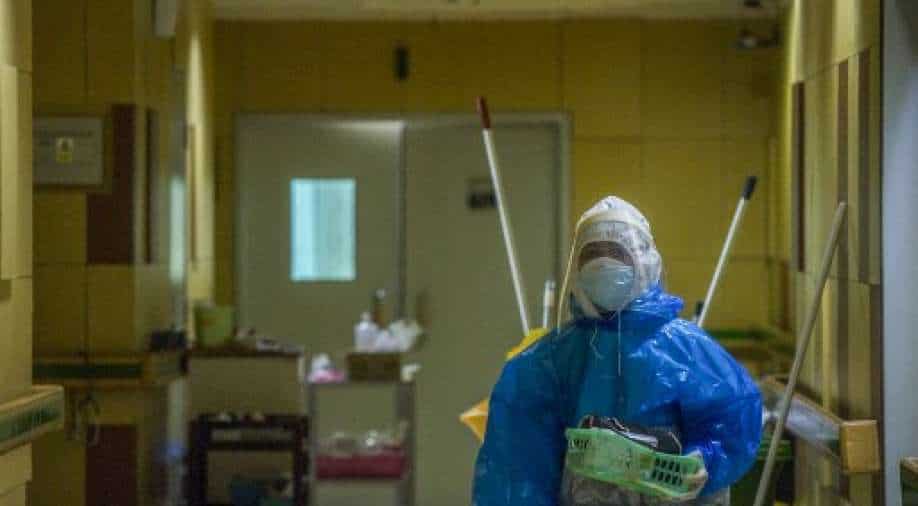 Already struggling with shortages of medicine and an exodus of staff abroad, the country's health facilities are now also having to contend with almost round-the-clock power cuts

Lebanon's deepening economic crisis has piled pressure on hospitals, leaving them ill-equipped to face any new wave of the coronavirus, a top hospital director has warned.

Already struggling with shortages of medicine and an exodus of staff abroad, the country's health facilities are now also having to contend with almost round-the-clock power cuts.

"All hospitals... are now less prepared than they were during the wave at the start of the year," said Firass Abiad, the manager of the largest public hospital in the country battling Covid.

"Medical and nursing staff have left, medicine that was once available has run out," and ever lengthening cuts to the mains power supply have left hospitals under constant threat.

Even the Rafik Hariri University Hospital he runs has been struggling to cope.

"We only get two to three hours of mains electricity, and for the rest of the time it's up to the generators," Abiad said.

On top of worrying they could burn out, "we have the huge burden of having to constantly be on the hunt for fuel oil."

Huge demand for the increasingly scarce commodity has driven up prices by more than 80 percent since June 17.

Even at the prestigious RHUH, some medicines are routinely running out.

"Some days it's antibiotics, others it's anaesthetics," the hospital chief said.

Sometimes "we're forced to ask the patients' relatives to go and try to find the medicine from another hospital or a pharmacy."

After dropping over the spring, COVID-19 cases are on the rise again as Lebanese expats flood home for the summer, and many gather with family and friends.

"It could be catastrophic if this rise in coronavirus numbers leads to a spike like the one we saw at the start of the year," Abiad said.

Abiad said the solution was better social distancing and more inoculations in a country where just 15 percent of the population have been fully vaccinated.

On Thursday, private hospitals warned of a looming "catastrophe" as some were only hours away from running out of fuel to power their generators.

The following day, pharmacies said they were going on indefinite strike over persistent shortages of medicines, just weeks after drug importers said the central bank owed millions of dollars to their suppliers abroad.

Pharmacies said importers are refusing to make deliveries as they are unhappy with the new prices for drugs that are no longer subsidised, and cannot get lines of credit for those that still are.

Around 1,300 doctors have emigrated since the economic crisis began in 2019, with the numbers picking up over the past 12 months, the doctors' syndicate says.

Since February last year, Lebanon has recorded 553,615 cases of COVID-19, 7,890 of them fatal, according to health ministry figures.