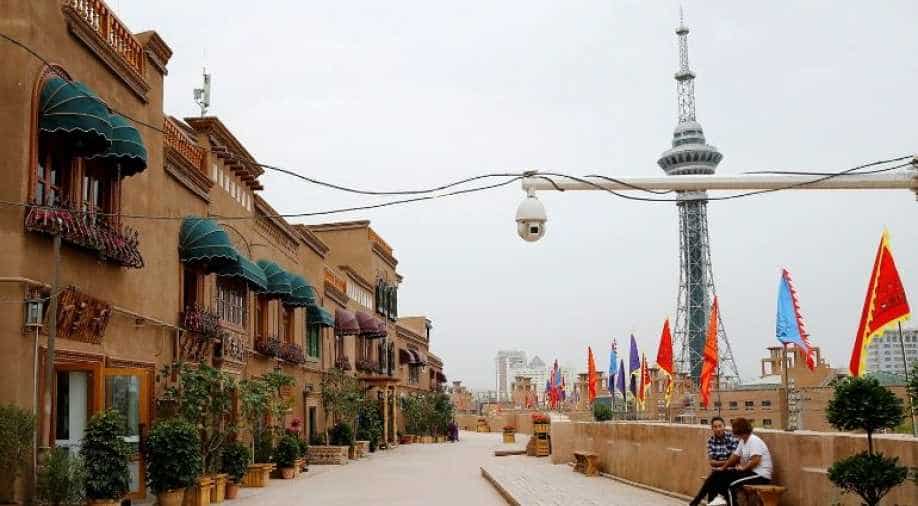 A security camera is placed in a renovated section of the Old City in Kashgar, Xinjiang Uighur Autonomous Region, China Photograph:( Reuters )

A trove of leaked Chinese government documents reveals details of its clampdown on Uighurs and other Muslims in the country's western Xinjiang region under President Xi Jinping, the New York Times reported on Saturday.

United Nations experts and activists say at least 1 million Uighurs and members of other largely Muslim minority groups have been detained in camps in Xinjiang in a crackdown that has drawn condemnation from the United States and other countries.

The documents, which the newspaper said were leaked by "a member of the Chinese political establishment," show how Xi gave a series of internal speeches to officials during and after a 2014 visit to Xinjiang following a stabbing attack by Uighur militants at a train station that killed 31 people.

The report said Xi called for an "all-out 'struggle against terrorism, infiltration, and separatism' using the 'organs of dictatorship,' and showing 'absolutely no mercy'."

The documents show that the Chinese leadership's fears were heightened by terrorist attacks in other countries and the US drawdown of troops from Afghanistan.

It is unclear how the documents totalling 403 pages were gathered and selected, the newspaper said.

Beijing denies any mistreatment of the Uighurs or others in Xinjiang, saying it is providing vocational training to help stamp out Islamic extremism and separatism and teach new skills.

China's Foreign Ministry did not immediately respond to a faxed request for comment from Reuters on Sunday.

The documents show how officials were given talking points to explain to returning university students that their family members had been taken away for training, and how the program faced pushback from some local officials, the report said.

They also show that the internment camps expanded quickly after Chen Quanguo was appointed in August 2016 as the party boss of the region, the report said. Chen had taken a tough line to quell restiveness against Communist Party rule during his previous posting in Tibet.