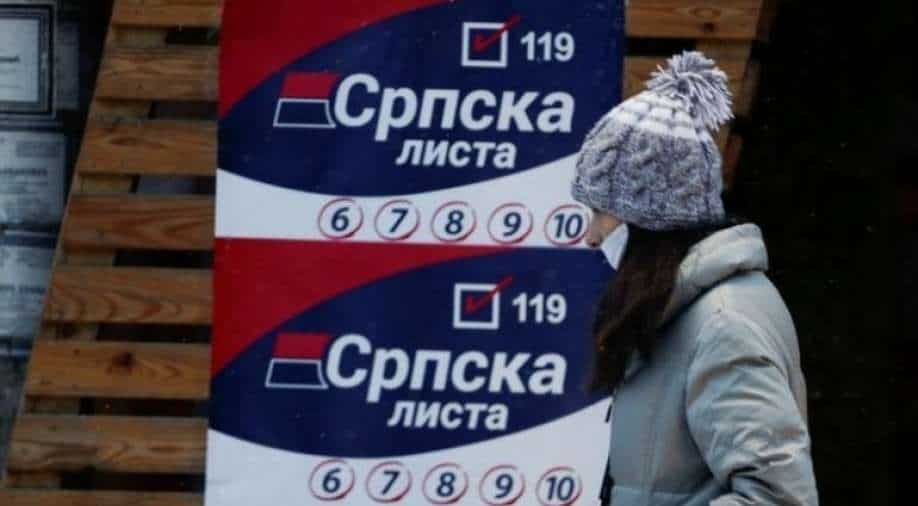 Pollsters are betting on a victory for the left-wing nationalist party Vetevendosje (VV) of Albin Kurti, a reformist promising to root out corruption

Kosovo heads to the polls Sunday in a vote pitting a left-wing reformist party against traditional elites who have run the former Serbian province for the past decade.

Here are the main players vying to win Kosovo's fifth election since its 2008 independence.

Pollsters are betting on a victory for the left-wing nationalist party Vetevendosje (VV) of Albin Kurti, a reformist promising to root out corruption.

Particularly popular among young people and known for highly organised protests, VV won the last elections in 2019 by a single seat.

The party was forced to unite with the centre-right LDK, an alliance that crumbled after about 50 days, ejecting Kurti from power.

During his brief term at the helm, he started work on overhauling the structure of public companies, which NGOs say are hotbeds of graft and embezzlement.

The 45-year-old first made his name as a student activist in the 1990s, organising protests against the Serbian regime's repression of Kosovo's ethnic Albanian majority.

The activism landed Kurti in a Serbian jail for two years when he was in his 20s.

After Kosovo broke away from Serbia in the 1998-99 war, Kurti became a leading critic of both local leaders and the international community's outsized influence.

His VV movement -- whose name means "self-determination" -- became known for sometimes violent protests while MPs resorted to radical antics such as unleashing tear gas in parliament.

Kurti himself is banned from putting his name on the ballot because of an 18-month suspended prison sentence in 2018 for the tear gas incident.

It does not, however, prevent him from being chosen as PM if his party wins.

The Democratic Party of Kosovo (PDK) founded by former war heroes from the 1990 conflict with Serbian forces has been the dominant political player in Kosovo since it declared independence in 2008.

But the party will now run without its top two leaders, both held in The Hague where they face trials on war crimes charges linked to the 1998-99 conflict.

Former president Hashim Thaci, Kosovo's most powerful politician and the ex-political chief of the rebel forces, and his right-hand-man Kadri Veseli have been jailed in the Netherlands since November.

The party is now led by former foreign minister Enver Hoxhaj, 52, who until now worked in the shadows of the former commanders.

The Democratic League of Kosovo (LDK) of outgoing Prime Minister Avdullah Hoti heads into the elections without its most popular member.

Vjosa Osmani, a 38-year-old law professor and the acting president, has decided to join Kurti's camp.

The party was founded by the late Ibrahim Rugova, known as the "father of the nation" for leading the peaceful resistance of Kosovo's ethnic Albanians against Belgrade's repression.

Since then, while the LDK has not won any electoral victories, it has been a key coalition partner, making and breaking ruling alliances.

In March last year it brought down the government it formed with Vetevendosje by passing a motion of no confidence.

The party faced criticism for that move after they struck a new alliance with parties its supporters had voted against.

Hoti, a 45-year-old professor of economics, is running again for PM — but the party's leader Isa Mustafa is believed to pull the strings.

Kosovo's Serb minority, estimated to number around 120,000, is guaranteed 10 seats in the 120-member assembly.

The scene is dominated by the Srpska Lista, a party closely aligned with Belgrade, which still considers Kosovo a renegade territory.

The Serbs have sometimes played the role of kingmaker, as in 2017 with the coalition government formed by Ramush Haradinaj, another former commander, elected by their votes.

Another 10 seats are reserved in parliament for other minorities such as the Roma.