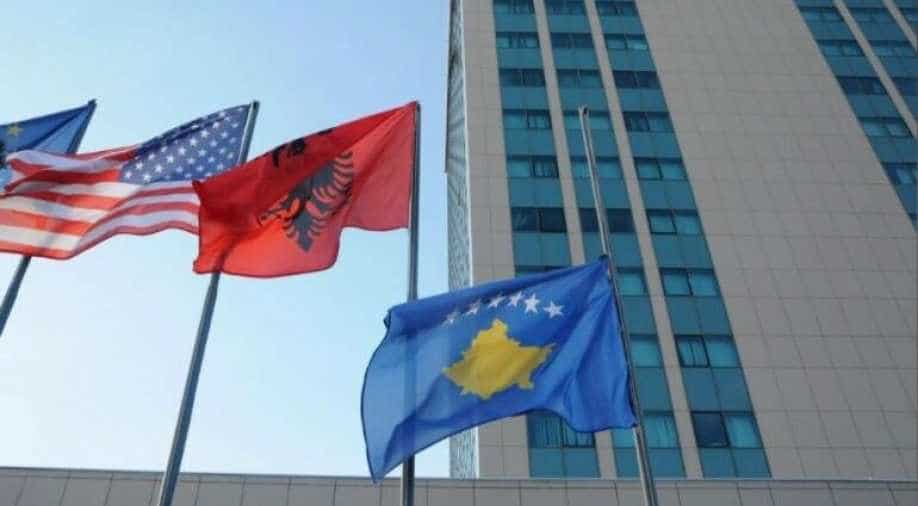 That left Prime Minister Hoti to meet with Serbian President Aleksandar Vucic on his own at the White House talks set for June 27.

Thaci pulled out of the trip Wednesday after special prosecutors in the Hague announced a slew of charges against the president for his role in Kosovo's 1998-99 war with Serbia, accusing him and other allies of involvement in nearly 100 murders.

That left Prime Minister Hoti to meet with Serbian President Aleksandar Vucic on his own at the White House talks set for June 27.

But writing on Facebook Thursday, Hoti said he too would need to cancel.

"I have to return to Pristina to deal with the situation," he said, referring to the charges filed against Thaci and others.

The indictment still needs approval from a pre-trial judge but prosecutors said they decided to make the accusations public because Thaci had made "repeated attempts" to obstruct the court's work.

The EU-backed tribunal was established in 2015 to investigate crimes committed by independence-seeking ethnic Albanian guerrillas during and after the war with Serbia.

Twenty years later, tensions still linger between the neighbours, with Serbia refusing to accept the independence Kosovo declared in 2008.

The talks in Washington, organised by US envoy Richard Grenell, were supposed to bring the two sides together for the first time in months. President Donald Trump had not been expected to personally attend the talks.