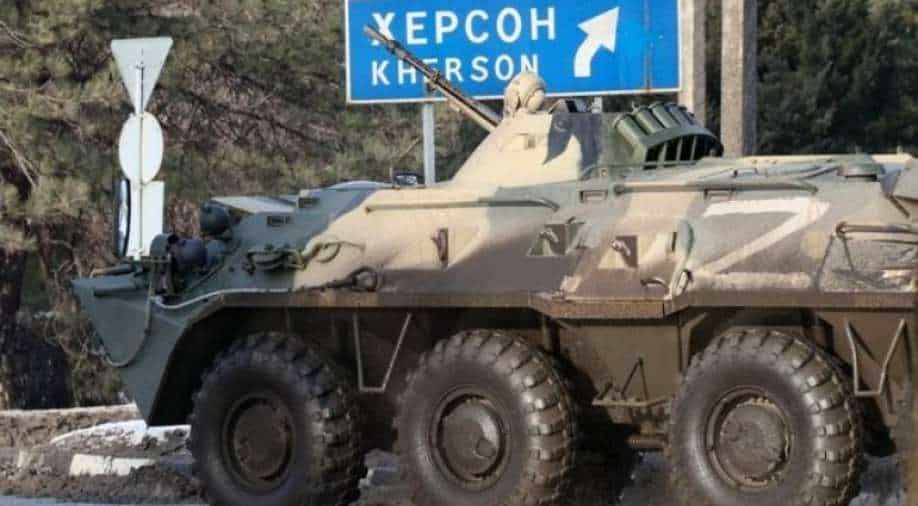 Kherson – considered to be a strategically key centre – has around 300,000 residents, and its capture could enable Russia to control a significant chunk of the southern coastline. Photograph:( Twitter )

The mayor of Kherson told The New York Times on Wednesday that Ukrainian forces had retreated from the city, making Kherson the first major city in Ukraine to fall under Russian control since the invasion began.

On March 2, a week after the invasion began, Russia grabbed control of its first city in Ukraine.

A senior Ukrainian official told The New York Times that Kherson is now under Russian control after the city was surrounded earlier in the day.

In an interview with The Times, Igor Kolykhaev, the mayor of the 300,000-person city, stated that the city was surrounded and that the Ukrainian army was not present.

The mayor claimed previously on Facebook, in a post published by several media houses, that Russians were in the local council and that his squad would not fight because they lacked weapons.

"I made no promises to them. I just have nothing to promise. I am only interested in the normal life of our city! I just asked not to shoot people. We don't have Ukrainian Armed Forces in the city, only civilians and people who want to LIVE here! " Kolykhaev said.

Around 300 civilians and defence troops may have been killed during the takeover.

Kherson – considered to be a strategically key centre – has around 300,000 residents, and its capture could enable Russia to control a significant chunk of the southern coastline and allow troops to head west towards the port city of Odessa.

Russia has declared victory over Kherson, with Defence Ministry spokesperson Igor Konashenkov claiming that Russian forces have "full control" of the city.