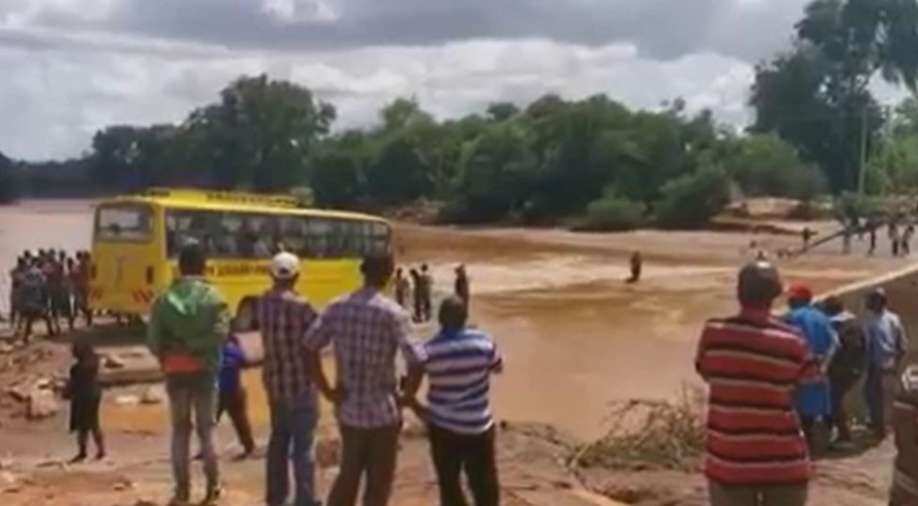 While most people plunged into the river, many managed to make a last-minute escape

A bus travelling to a wedding in Kenya was swept away by fast-flowing river water drowning at least 20 people. The incident took place at a bridge in the Enziu river, which is about 200km east of the Kenyan capital, Nairobi. As per reports by local media, the driver was not familiar with the route and the bridge over the river.

The bus was hired to take a church choir and several other revellers to the ceremony in Kitui County. While most people plunged into the river, many managed to make a last-minute escape.

This afternoon tragedy has struck Kitui County. A bus carrying Catholic faithfuls was swept away while attempting to cross a swollen river Enziu in Nguni, Mwingi. Rescue efforts are ongoing. So far there are 17 survivors and regrettably 21 bodies have been recovered. pic.twitter.com/1VqF5U6g3z

Deeming it as a "terrible" incident, Kitui governor Charity Ngilu said, "The bodies that have already been retrieved right now are over 23. We have more bodies in the bus."

She visited the site along with the Red Cross community. "Personnel and law enforcement agencies doing everything possible to search and rescue as well as recovery," she said.

"We pray for God’s strength and compassion to comfort the affected families and friends," Ngilu further added.

Taking to her Twitter, she wrote, "Rescue efforts are ongoing. So far there are 17 survivors and regrettably 21 bodies have been recovered."

She further added that efforts to recover the corpses will resume on Saturday.

As of now, it is unclear as to how many people were on the bus at the time.