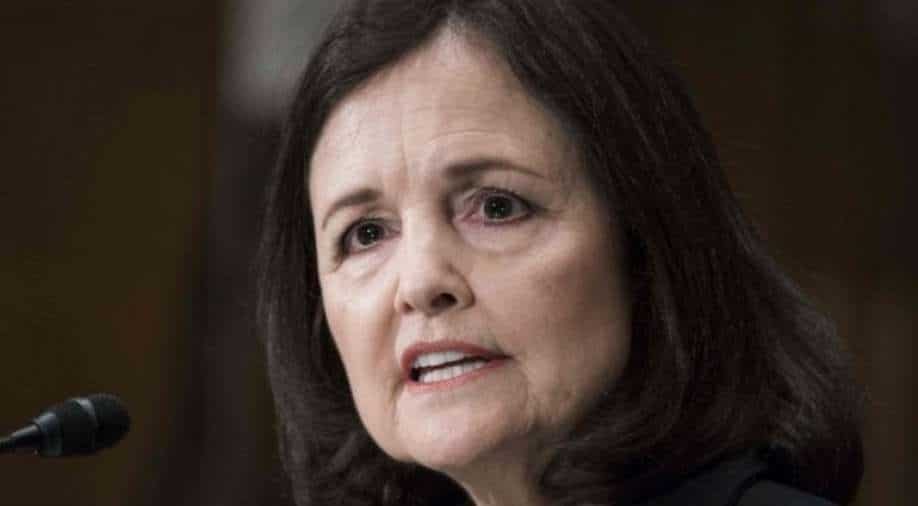 In a sign of how narrow the margin was, Sen. Kamala Harris of California, the vice president-elect, returned to Capitol Hill for the first time since the presidential election in part to vote against Shelton’s advancement

Judy Shelton’s nomination to fill one of two remaining open seats on the Federal Reserve’s Board of Governors failed to advance to a final vote Tuesday, a significant setback but one that does not kill her chances at ultimately winning confirmation.

Sen. Mitch McConnell, R-Ky., the majority leader, took steps that will allow him to bring up the nomination again, which could give Shelton another shot at joining the Fed. Still, her failure to clear a closely watched procedural vote signaled the tough road ahead for President Donald Trump’s nominee, whose bid has been contentious from the start.

Trump announced that he would nominate Shelton 16 months ago, but her confirmation has been delayed time and again by lawmakers’ skepticism over her views — she is a loyal fan of the president and a longtime proponent of some sort of gold standard, which most economists oppose.

While she had appeared to be on the brink of confirmation this week, the coronavirus complicated Republicans’ last-minute attempt to place Shelton in a role at the nerve center of the U.S. economy.

On Tuesday morning, Sen. Charles Grassley, R-Iowa, announced that he had been exposed to the coronavirus and by late afternoon he disclosed that he had tested positive. With Sen. Rick Scott, R-Fla., also in quarantine, Democrats who opposed her nomination had a chance to hold back confirmation with some Republican support.

Sens. Mitt Romney of Utah and Susan Collins of Maine, both Republicans, voted against advancing her nomination, and a third Republican, Sen. Lamar Alexander of Tennessee, also opposed Shelton but was not present for the vote because of what a spokesman said were family matters.

In a sign of how narrow the margin was, Sen. Kamala Harris of California, the vice president-elect, returned to Capitol Hill for the first time since the presidential election in part to vote against Shelton’s advancement.

“Sen. Harris knows this is an important vote, and she’s here for it,” Sen. Chuck Schumer, D-N.Y., the minority leader, said at his weekly news conference. “She didn’t need contacting.”

The procedural vote ultimately failed 47-50, with McConnell changing his vote from agreeing to advance the nomination to opposing it so he could revive it before the end of the lame-duck session.

If confirmed, Shelton, 66, would take one of seven seats on the central bank’s Washington-based board. With her addition, five of the six filled seats would contain Trump’s appointees. The president has nominated Christopher Waller, a Federal Reserve Bank of St. Louis official, to fill the remaining seat. It is unclear when his less contested nomination could come to a vote.

But Shelton’s prospects might prove dim. Mark Kelly, a Democratic senator-elect who flipped a Senate seat in Arizona, can be sworn in once his election is certified at the end of the month. Shelton has such a narrow margin of support that losing that one vote could cost her any chance of confirmation.

Still, if Grassley or Scott returns before Kelly is seated, Shelton might be approved.