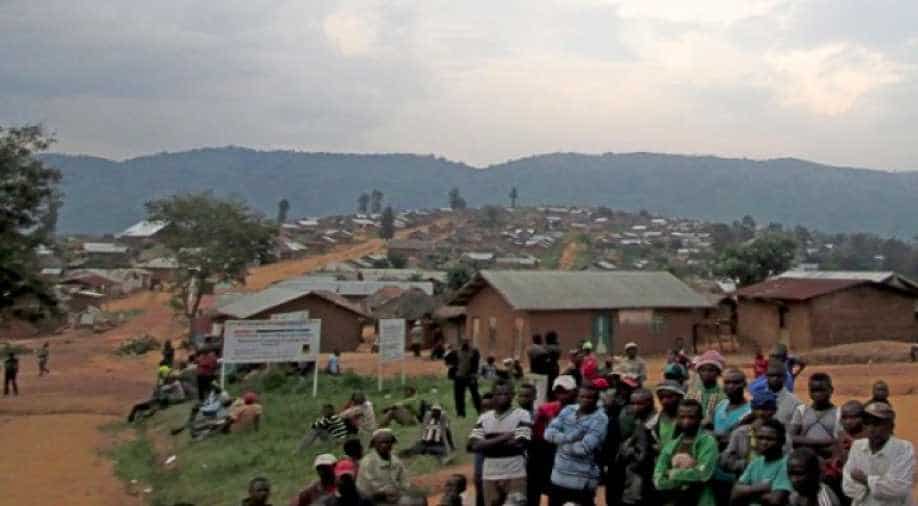 Heritier Magayane, 26, who was married and had two children, had been working for Radio Television nationale congolaise in Rutshuru territory since 2018, his colleague Roger Sebyeradu told AFP.

A journalist for DR Congo's national broadcaster had his throat slit in North Kivu in the country's east where massacres and clashes involving armed groups have prevailed for years.

Heritier Magayane, 26, who was married and had two children, had been working for Radio Television nationale congolaise in Rutshuru territory since 2018, his colleague Roger Sebyeradu told AFP.

He received a phone call from someone who arranged a place to meet him and that's where he was killed overnight Saturday, his throat slit, said Luc Albert Bakole Nyengeke, Rutshuru's military administrator.

The region is plagued by various armed groups but the area where he was killed was controlled by the Congolese army, he said, adding a probe was underway on Sunday.

His colleague Sebyeradu said he thought his murder could be linked to his work. "After killing him they even took his phone," he said.

Magayane fronted programmes for young people, advising them to "make room for peace" in a deeply unstable region, he added.

North Kivu and neighbouring Ituri have been in a state of siege for three months, the strongest measure under the constitution, as the government tries to end endemic insecurity in the east.

Civilian power in both provinces was turned over to a military governor and a deputy governor drawn from the police, while the duties of provincial governments were transferred to the military authorities.