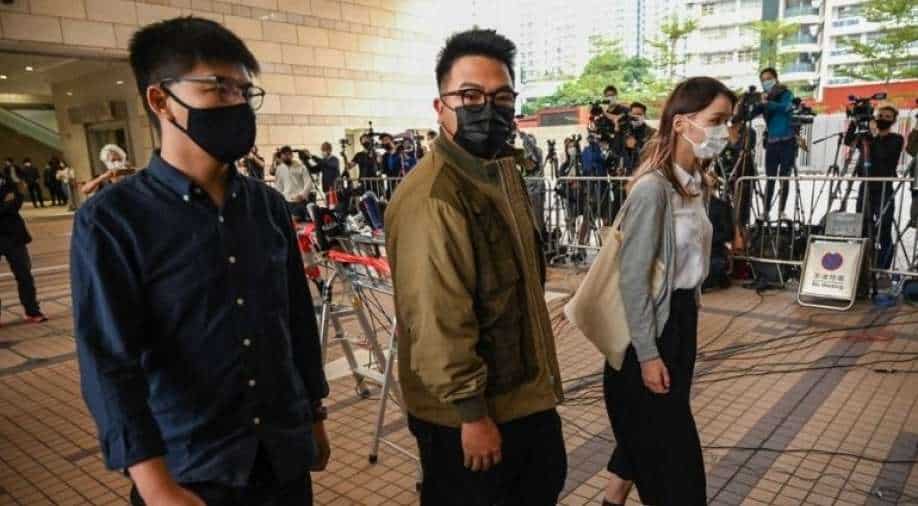 Joshua Wong and his fellow activists arrive at the court for trial Photograph:( AFP )

'We will continue to fight for freedom — and now is not the time for us to kowtow to Beijing and surrender,' Wong said

The pro-democracy activist Joshua Wong has decided to plead guilty to all charges he is being accused of and would be ready to go to jail.

Wong was arrested a few weeks ago for "participating in an unauthorised assembly on Oct 5 last year". He will now be facing a trial on Monday.

The arrest came after continued months-long protests over the new security law imposed by China, which has been often criticised as a means to silence the pro-democracy voices.

Wong, who is a 34-year-old activist, will be prosecuted along with two other activists — Ivan Lam and Agnes Chow. All three are being prosecuted over a massive protest that took place last year in the summer outside Hong Kong police's headquarters.

"We three have decided to plead guilty to all charges," Wong told reporters. "It will not be surprising if I am sent to immediate detention today."

"We will continue to fight for freedom — and now is not the time for us to kowtow to Beijing and surrender," he added.

Wong is also being prosecuted for having violated the draconian anti-mask law as well. He has vowed to continue to fight against Beijing's harsh rules.