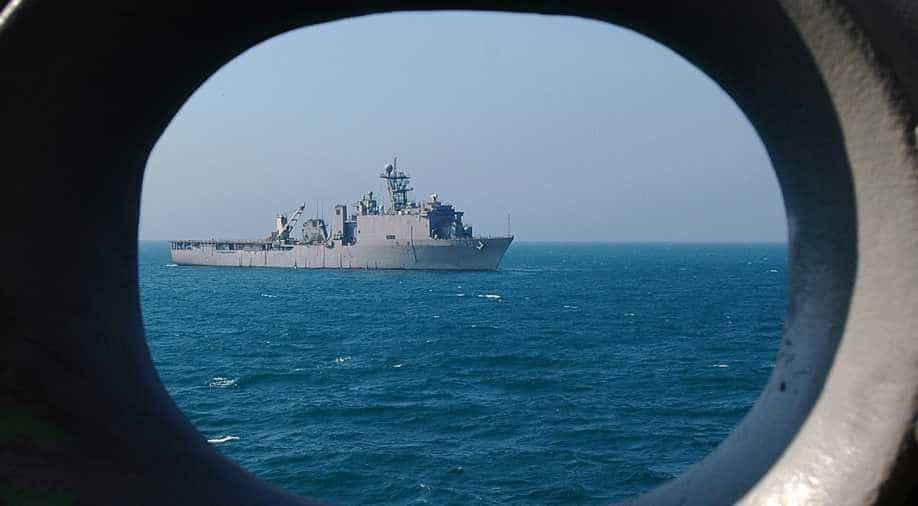 The multilateral operation takes place in the Persian Gulf, off Bahrain's coast and will simulate conventional and non-conventional warfare operations. The four participant countries are currently also involved in the Combined Joint Task Force – Operation Inherent Resolve – fighting against the Islamic State in Syria and Iraq. France, US and UK are also conducting military operations in Libya.

The naval exercise happens dangerously close to Iran's territorial water and at a moment when the country's political relations with the US are plummeting.

"It’s not a show of force to the Iranians at all," said Royal Navy Lieutenant Commander Ant Wallace, the exercise planner, according to the American newspaper Stars and Stripes, which operates within the US defense ministry. "The reason we are doing this exercise, and I’ll stress this over and over again, is because it’s easier to do it here than it would be anywhere else. It’s a key opportunity to bring ships together, to exercise together and to operate together. The fact that it is in the [Persian] Gulf is coincidental, really.”

Tehran does not seem to share the same view and has promptly stated that it will not tolerate any intrusion in its waters. “Anybody who wishes to stage a war game within the limits of the free waters should follow the international law and we do not allow anybody to get close to our waters and this is our red line,” Iranian Navy Commander Rear Admiral Habibollah Sayyari was quoted saying by Iran's MEHR news agency.

Unified Trident kicks off after a series of worrying 'incidents' between the US and the Iranian navy in the Persian Gulf. On January 9, a US navy destroyer fired three warning shots at four Iranian fast-attack vessels which were approaching at fast speed. A similar episode happened in August 2016.

On January 12, Iran detained 10 US Navy sailors whose boats entered Iranian waters due to mechanical problems. The team was released unharmed 15 hours later.

If there is tension in the Gulf's water, the situation is not better on the mainland. Iran funds a wide network of Shiite militias fighting in Syria for President Bashar al-Assad who is considered an enemy by the US.

Tens of thousands Shiite militiamen are also fighting in Iraq against the Islamic State under the umbrella organisation Al Hashd Al Shabi or Popular Mobilisation Forces. Some of these groups share strong anti-US feelings and directly receive funds and weapons from Tehran.

The militias are generally perceived as Iran proxy armies that Tehran uses to expand its influence in West Asia, a move that neither the US nor their main ally Israel look at favourably.

"Deterrent is critical" to defend the post-Second World War world order, said Mattis to senator McCain during the confirmation hearing. Even if it was planned before Trump's swearing in, operation Unified Trident seems to fall perfectly in line with both the presidency and the US defense secretary's views.