Johnson heads for dinner with EU Commission chief. Will it be the last supper? 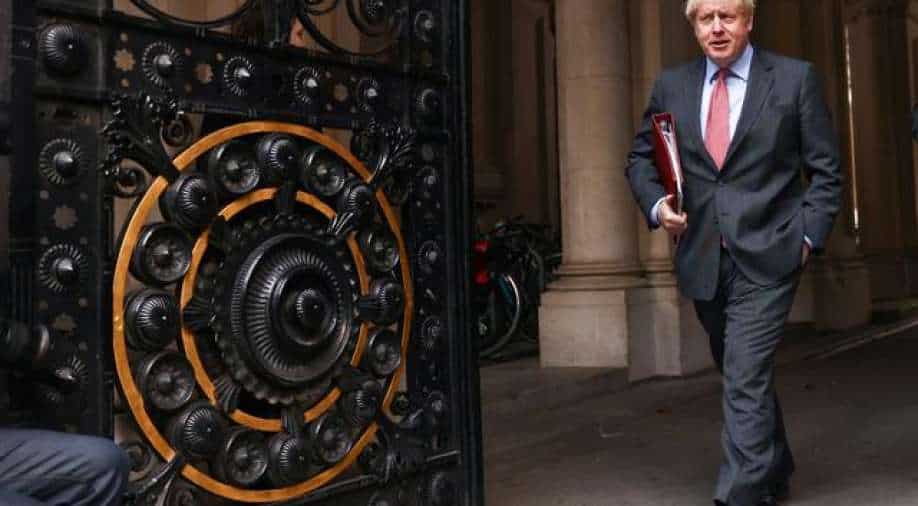 With growing fears of a chaotic no-deal finale to the five-year Brexit crisis when the United Kingdom finally leaves the EU's orbit on December 31, the dinner is being cast as a last chance to unlock the stalled trade talks.

British Prime Minister Boris Johnson is scheduled to head to Brussels on Wednesday for a dinner with European Commission President Ursula von der Leyen in a last ditch attempt to avoid a tumultuous no-trade deal Brexit.

With growing fears of a chaotic no-deal finale to the five-year Brexit crisis when the United Kingdom finally leaves the EU's orbit on December 31, the dinner is being cast as a last chance to unlock the stalled trade talks.

Johnson's Brexit supremo, Michael Gove, refused on Wednesday to give odds of a deal but said the EU would have to move if there was to be an agreement. He had previously put the odds of securing a trade deal at 66%.

Failure to secure a deal would snarl borders, shock financial markets and sow chaos through the delicate supply chains that thread across Europe and beyond just as the world faces the vast economic cost of the COVID-19 pandemic.

An acrimonious no-trade deal exit would, in the short term, split the West, slice off a chunk of both British and EU gross domestic product while making trade much more expensive for businesses trading everything from car parts to Camembert.

Sterling was flat against the dollar around 1.3369, after three straight days of losses and stands around 1% off 2-1/2 year highs hit at the end of last week.

But overnight implied volatility -- a measure of expected price swings -- rose to a new 8-1/2 month high of close to 25%.

EU chief Brexit negotiator Michel Barnier said on Tuesday he believed a 'no-deal' split in ties with Britain at the end of the year was now more likely than agreement on a trade pact, sources in the bloc said. He made the remark at a meeting with the 27 national European affairs ministers and added that it was time for the bloc to update its no-deal contingency plans.

Britain said on Tuesday it would drop clauses in draft domestic legislation that breached the Brexit Withdrawal Agreement after it clinched a deal with the EU over how to manage the Ireland-Northern Ireland border.