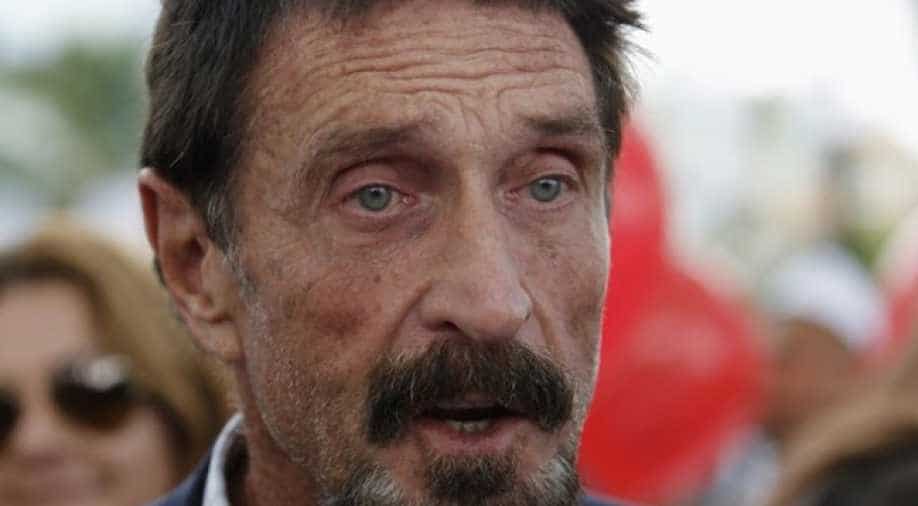 Software mogul, John McAfee, was in a Spanish prison where, reportedly, his mental health was deteriorating due to which he tried taking his own life on February 28

Contrary to Janice McAfee’s belief, prison authorities have claimed that the tech genius, John McAfee, had attempted suicide earlier too in the prison.

Software mogul, John McAfee, was in a Spanish prison where, reportedly, his mental health was deteriorating due to which he tried taking his own life on February 28. He was put under suicide watch by prison authorities after the incident.

This claim by the prison authorities comes as McAfee’s lawyer, Javier Villalba, alleged that his client’s death was not a suicide as McAfee did not exhibit suicidal tendencies before his death.

Janice McAfee has also accused the US authorities for her husband’s death. She claims John McAfee called her and ended the call with 'I love you and I will call you in the evening', therefore leading her to believe that her husband did not plan to take his own life.

She said she blames "the US authorities for this tragedy. Because of these politically motivated charges against him, my husband is now dead." She also claims that US authorities wanted him 'dead in prison to make an example out of him.'

The prison authorities have rubbished these reports and have claimed to have even found a suicide note from John McAfee. However, his wife has asked for a second, independent autopsy, her lawyer reports.