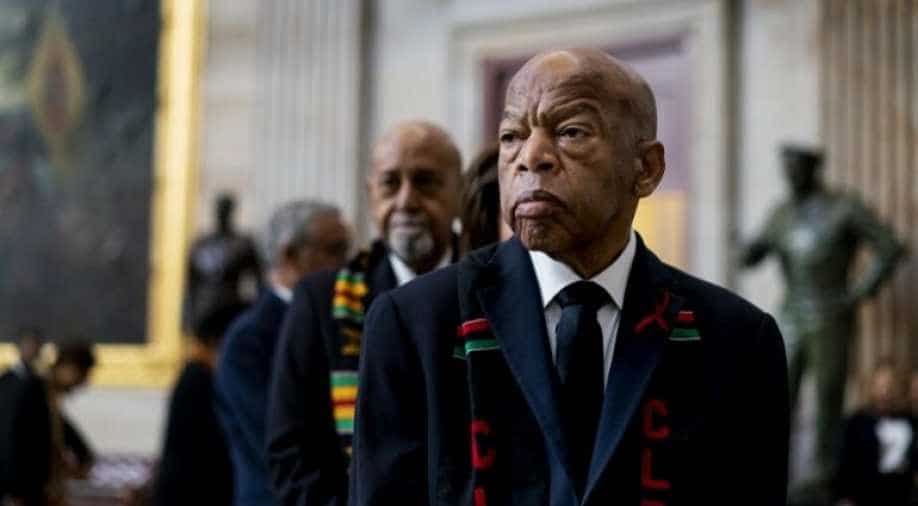 In these attempts, John Lewis was diagnosed with a fracture in the skull by a beating by a nightstick-wielding white state trooper during a 1965 march in Selma, Alabama.

Longtime civil rights activist and House Representative from Georgia - John Lewis, 79, on Sunday said that he had been diagnosed with stage 4 pancreatic cancer.

The member of the Democratic Party had led several sit-ins and 'bus-rides' in a bid to integrate the African-American community with the rest of American society in the 1960s and 1970s.

He also led several marches to demonstrate for equal voting rights for his community.

He has represented the 5th District of Georgia at the US House of Representatives since 1986 when he was first elected.

In 2011, Lewis was awarded the highest civilian award in the US - the Presidential medal of Freedom - by then-President Barrack Obama.

In the coming days, Lewis is expected to return to Washington for treatment.