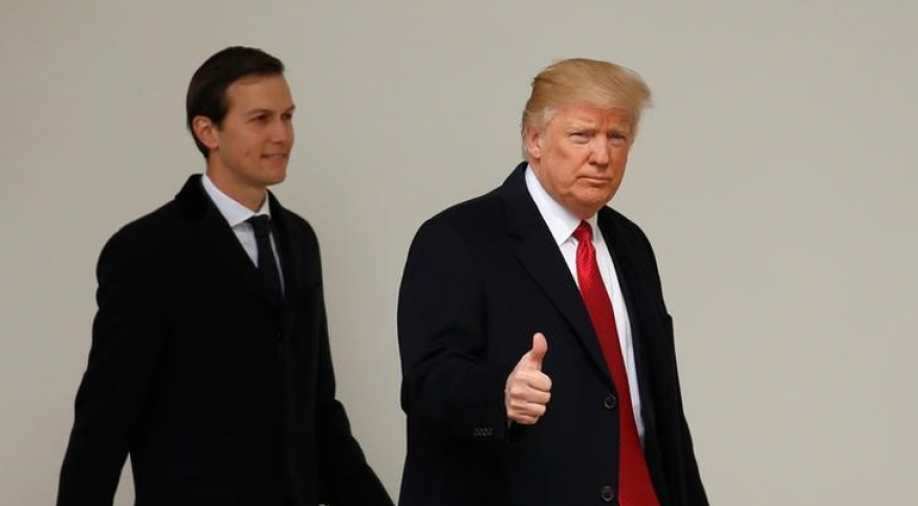 Jared Kushner and US President Donald Trump. Photograph:(Reuters)
Follow Us

A lack of experience in Middle East negotiations could be an asset in forging a peace agreement, compared to the well-read who struggled with the matter for years in an attempt to establish checkpoints and access to Gaza.

Before becoming an Advisor to the President of the United States, Kushner was, and some would argue that he still is, a real estate developer who married Donald Trump's daughter.

Per his new position, Kushner was tasked with promoting American innovation, overseeing arms sales to Saudi Arabia and resolving the US opioid crisis.

Many have speculated that Kushner was also appointed to oversee the conflict between Israel and Palestine even though he has no experience of Middle East diplomacy simply because he has close ties to the Netanyahu family.

A lack of experience in Middle East negotiations could be an asset in forging a peace agreement, compared to the well-read who struggled with the matter for years in an attempt to establish checkpoints and access to Gaza.

Among the matters Jared Kushner was charged with when President Trump was elected, the Israeli-Palestinian conflict was one that the POTUS's son-in-law decided to begin with a completely blank slate. He was adamant at the outset to never discuss history with the Palestinians or the Israelis or anyone else.

A daring approach this was to take, especially in a region steeped in conflict since time immemorial. Kushner decided to deal with the problem by engineering a proposed settlement without any consultation with either of the parties involved. That was how this "ultimate deal" was conceived, the one Trump is expected to formally present to Benjamin Netanyahu, Israel's Prime Minister at the White House.

Details of the deal have been widely criticized for favouring Israel by opening the door to its annexation of large parts of the occupied territories and giving it almost total control of Jerusalem.

Kushner's team was an obvious clue as to where the process was heading, for it included individuals such as David Friedman, a lawyer who had close ties to the Jewish settler movement in the occupied territories and the guy who Trump appointed as US ambassador to Israel.

Friedman has often likened members of a liberal US Jewish group to Nazi collaborators for their criticism of the Israeli government’s actions and questioned the need for a Palestinian State.

Palestinians were alienated by the Trump administration with a series of actions favouring Israel, such as slashing funding for Palestinian refugees and moving the US embassy to Jerusalem.

Kushner then garnered support from Egypt’s authoritarian president, the kings of Saudi Arabia and Jordan to pressure the Palestinian Authority into going along with the White House plan.

The Saudi crown prince, Mohammed bin Salman was among those wooed by Kushner, which some have speculated - alongside military contracts - could be the reason behind inaction on part of the Trump administration over the murder of the Saudi dissident journalist Jamal Khashoggi.