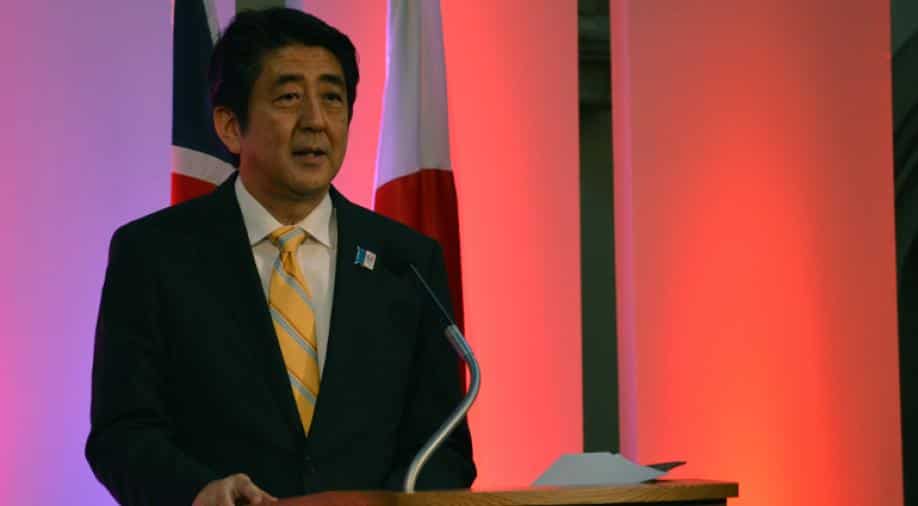 Japanese Prime Minister Shinzo Abe officially dissolved parliament Thursday, effectively kicking off a national election campaign where he faces an unexpected and formidable challenge from the popular governor of Tokyo.

Members of the lower house raised their arms and shouted "Banzai" three times -- the Japanese equivalent of "three cheers" -- after the speaker read out a letter from Abe officially dissolving the chamber.

Voters in the world's third-biggest economy are expected to go to the polls on October 22, as Abe seeks a fresh popular mandate for his hardline stance on North Korea and a new tax plan.

"This is an election about how to protect the lives of people," said the premier. "We have to cooperate with the international community as we face the threat from North Korea."

Abe asked for public support for his "strong diplomacy" on North Korea, which has threatened to "sink" Japan into the sea and fired missiles at its northern Hokkaido island twice in the space of a month.

"We need to fight for our children's future."

Abe stunned Japan on Monday with a surprise call for a snap election, seeking to capitalise on a weak opposition and a boost in the polls, as voters welcome his hawkish North Korea policy.

But Tokyo Governor Yuriko Koike has upended Japanese politics in recent days, stealing Abe's limelight with her newly launched "Party of Hope" that seeks to shake up the country's lethargic political landscape.

Koike's new party, formally unveiled Wednesday, has attracted an influx of lawmakers from a wide range of ideological backgrounds and could unify opposition to Abe, presenting Japanese voters with a credible alternative to the premier.

For the moment, although Koike is leading the party, she is not running for a seat in parliament, preferring to concentrate on governing the world's most populous city in the run-up to the 2020 Olympic Games.

But pundits say the charismatic former TV presenter, 65, could yet go all-in on her high-stakes gamble if she thought she could deflect criticism for ditching her current job after only a year.

"The party may gain some seats in the Tokyo area, but a risk for her is that voters may feel betrayed as they voted for her as Tokyo governor and now she is working in national politics," Kensuke Takayasu, professor of political science at Seikei University, told AFP.

But surveys show that Koike's gambit is starting to put pressure on Abe, 63, who seemed to be a shoo-in for a fourth term at the helm.

Abe enjoyed a healthy lead in the polls of more than 30 points only a week ago but the gap appeared to have narrowed following Koike's high-profile announcement.

A survey in the Mainichi Shimbun suggested that 29 percent of voters would cast ballots for Abe's conservative LDP, while 18 percent would vote for the Party of Hope.

Abe returned to power in December 2012 and has pushed a nationalist social agenda as well as packages of big-spending, easy money programmes to end deflation and to kick-start the once world-beating economy.

The scion of a political dynasty, Abe had promised to achieve two-percent inflation and stable growth in two years, but nearly five years later, he has failed to deliver on those pledges.

He said on Monday he would use a planned hike in consumption tax from eight percent to 10 percent for new social spending, such as free early childhood education while pushing back his pledges to restore the nation's fiscal discipline.

Critics argue that Abe called the election to divert attention from a series of scandals in recent months that weighed on his popularity, including allegations of favouritism to a friend in a business deal which the premier strongly denies.

The timing of the election, amid the North Korean crisis, has also faced questions, including from Koike, who said it created a "vacuum" at a time of national tension.

Media-savvy Koike has vowed a break with old-school politics, promising to "reset" Japan and carry out reforms that are un-tied to vested interests.

She hopes to put up as many as 100 candidates in the election.