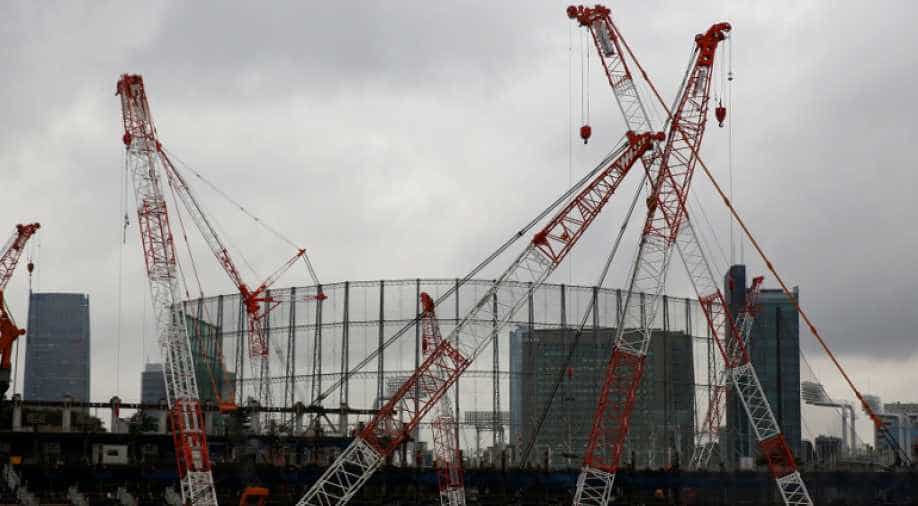 A construction site of the New National Stadium, the main stadium of Tokyo 2020 Olympics and Paralympics Photograph:( Reuters )

A Japanese sports official promised on Friday to work with the builder of a showpiece stadium for the 2020 Olympics to stamp out "death by overwork", a designation authorities applied last week to the suicide of a stadium worker.

The parents of the 23-year-old petitioned the government this year to recognise his suicide as "karoshi" - or "death by overwork", with media saying he had worked 200 hours of overtime a month before his death.

"To our regret, illegal overtime was recognised as a result of inspection by the labour ministry," said Tadashi Mochizuki, director of stadium manager the Japan Sport Council (JSC), which is part of a joint venture with construction firm Taisei Corp.

"We, JSC and Taisei, took it sincerely and we'll do the utmost (to comply with the law) in proceeding with construction."

Authorities unveiled a model of the new stadium in the Japanese capital, which is set to be completed in November 2019, after construction begun in December 2016.

Employers face few curbs on overtime and pay so that more than a fifth of company staff exceeded a government overtime threshold of 80 hours a month, a white paper showed in 2016.

The trend was spotlighted by a high-profile death from overwork in 2015 at advertising giant Dentsu Inc. Last week, public broadcaster NHK said a 31-year-old reporter died four years ago of overwork.

To tackle the problem, the government plans sweeping reforms of job practices, including overtime caps and better pay for part-time and contract workers.