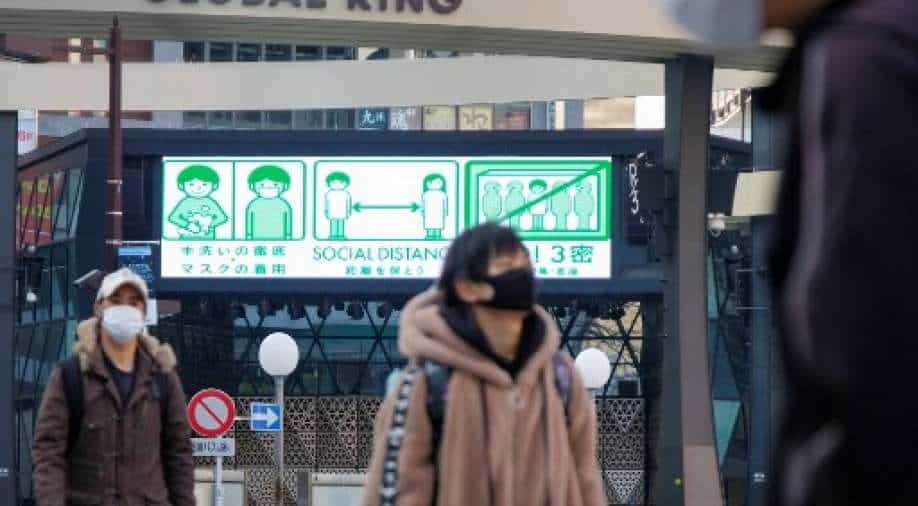 Tokyo witnessed a surge in coronavirus cases amid the Olympic Games with the Delta variant continuing to spread across the country.

Reports say eight more prefectures will be included in the emergency restrictions as the country battles the virus amid the high profile Olympic mega-event.

The total number of coronavirus cases have surged to nearly 1 million with the Delta variant surging in the country.

Japan's economy minister Yasutoshi Nishimura said the situation in the hospital was "extremely severe" as new infections were growing at an unprecedented pace.

Hospitals in Tokyo are reportedly facing a crunch amid the rising number of COVID-19 cases.

Authorities had imposed a state of emergency ahead of the Olympics in Tokyo as cases continued to surge along with six prefectures. Olympic organisers on Wednesday had reported 31 new COVID-19 cases taking the number of cases linked to the Games to 353.

The vaccination drive in the country has continued at a slow pace with just 31 per cent of people vaccinated. Economy minister Yasutoshi Nishimura had said earlier that some expert panel members had suggested imposing nationwide state of emergency as the Delta variant continues to spread in the country.

Japan has reported 14,200 coronavirus cases since the pandemic began last year with 15,221 fatalities.

Health minister Norihisa Tamura had earlier urged citizens to isolate at home who had mild symptoms with hospitals under pressure with COVID-19 patients, although the move was criticised by experts who said it would put people at risk.

"I would like to ask you to please understand that this policy is to ensure that we have enough hospital beds so that those who have to be hospitalised can be. If it doesn't work out, we will draw it back," Tamura said.

On Wednesday, Olympic organisers had informed four members of the Greek artistic swimming team were infected with the virus.