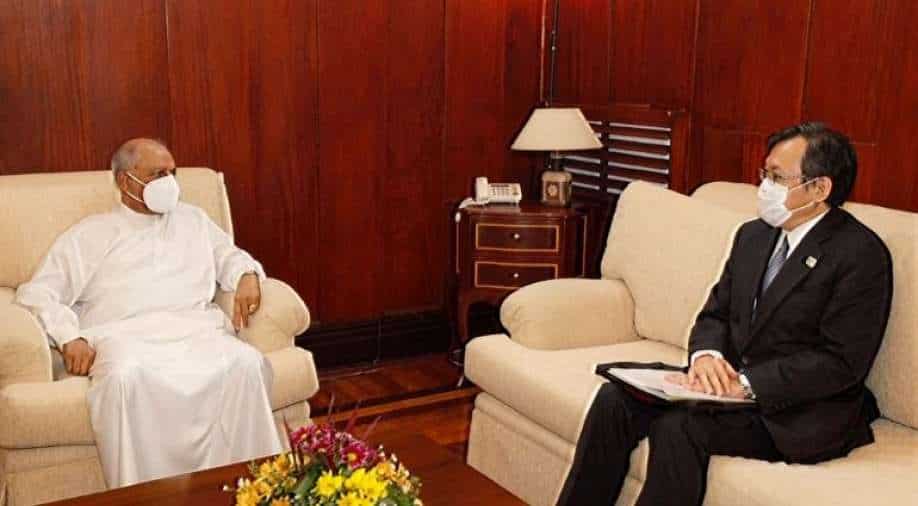 A Japanese embassy official in Delhi responding to WION' question, "expressed regret at the unilateral decision taken by Sri Lanka".

Sri Lankan cabinet on Monday unanimously approved that the East terminal of the port will be developed solely by the Sri Lanka Port Authority (SLPA).

Meanwhile in the aftermath of the development Japan envoy to Colombo Akira Sugiyama met with Sri Lankan Foreign Minister Dinesh Gunawardena on Wednesday to discuss a "range of matters relevant to the bilateral partnership between Sri Lanka and Japan", a tweet from Sri Lankan MFA said.

Earlier over the weekend, Sri Lankan Prime Minister Mahinda Rajapaksa assured protesting local worker's trade union that the terminal will not be sold or leased to any foreign entity.

In a tweet, he said, that the Lankan Ports Authority will maintain control of the ECT and the Sri Lankan govt "adheres strictly to its policy of retaining assets belonging to the govt".

In 2019, India, Japan and Sri Lanka signed a trilateral Memorandum of Cooperation for development of the terminal under the former Maithripala Sirisena-Ranil Wickremesinghe govt.

Under the trilateral arrangement, a Sri Lankan govt PSU - Sri Lankan Port Authority will hold majority share with the remaining share being held between Japanese and Indian entities.

While India is yet to react on Colombo's decision, ahead of the announcement by Sri Lankan Govt, a spokesperson of the Indian High Commission in Colombo "reiterated the expectation of Government of India for expeditious implementation of the trilateral Memorandum of Cooperation (MOC)" signed in May 2019

Pointing out to the "commitment of Government of Sri Lanka in this regard has been conveyed several times in the recent past, including at the leadership level... All sides should continue to abide by the existing understandings and commitment."

Meanwhile, the Sri Lankan government, perhaps as a compensatory offer has said it would involve India and Japan for development of Colombo port’s West Container terminal.