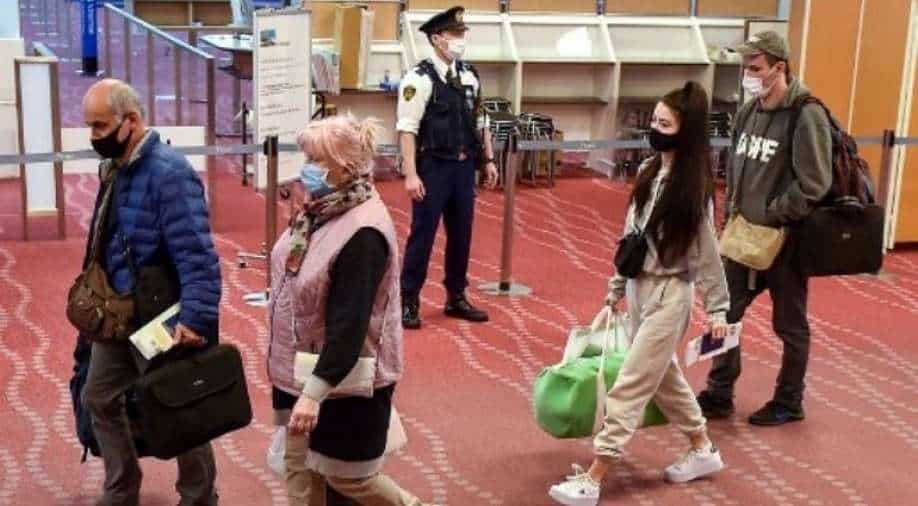 Japan typically accepts just a few dozen refugees a year from thousands of applicants, and while it has cracked open its doors to Ukrainians, it calls them "evacuees" rather than refugees

Twenty Ukrainians arrived in Tokyo Tuesday on a government plane with Foreign Minister Yoshimasa Hayashi after his trip to Poland, as Japan cautiously welcomes those fleeing Moscow's invasion.

Japan typically accepts just a few dozen refugees a year from thousands of applicants, and while it has cracked open its doors to Ukrainians, it calls them "evacuees" rather than refugees.

The 20 Ukrainians flew with Hayashi from Poland, where he was on a multi-day trip to offer support for Kyiv as it battles Russia's invasion.

"We learned there were several people who sincerely wished to evacuate to Japan, but had difficulty in securing travel means on their own," top government spokesman Hirokazu Matsuno said in a press conference on Tuesday.

"From a humanitarian point of view, 20 of these people were invited to fly on a government plane."

Japan has so far received 404 other Ukrainians, said Matsuno, after Prime Minister Fumio Kishida last month announced a plan to accept those fleeing the war.

But they are not designated as refugees, which would entitle them to stay in the country at least five years before applying for more permanent leave to remain.

Instead, the "evacuees" receive a 90-day visa that can be converted to a one-year status with permission to work.

Also read | As temperatures drop, Japan asks public to save power, warns of blackouts in plea

Japan has joined tough Western sanctions on Moscow over its invasion, and on Tuesday announced an additional $100 million in humanitarian aid for Kyiv, following another $100 million donation to Ukraine and neighbouring nations announced last month.

In 2020, Japan accepted just 47 refugees and 44 people on humanitarian grounds out of nearly 4,000 applicants, and rights groups have long accused Tokyo of doing too little to help those fleeing conflict.