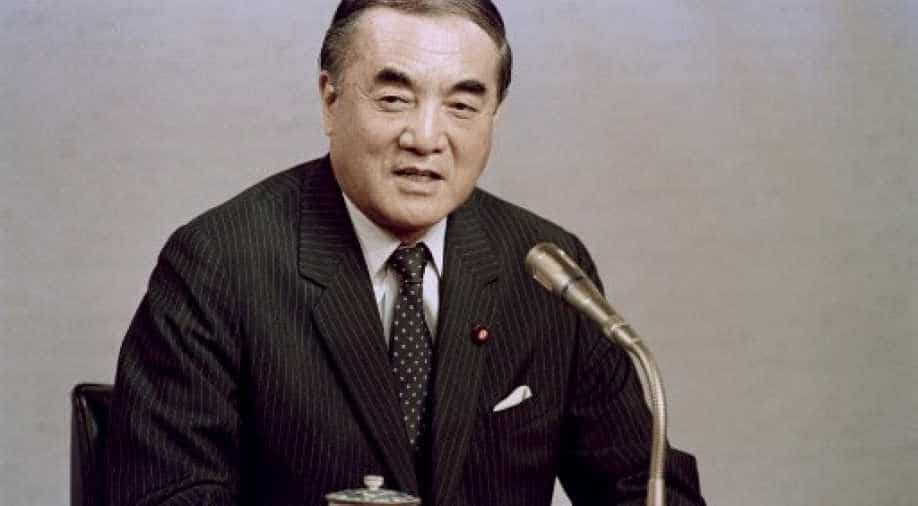 This file photo taken on September 30, 1987 shows then-Japanese prime minister Yasuhiro Nakasone giving what is believed to be his last televised press conference at his official residence in Tokyo. Photograph:( AFP )

In office for five years from November 1982 to November 1987, Nakasone was known for trying to transform the nation defeated in World War II into a full-fledged member of the West during the Cold War era.

Former Japanese Prime Minister Yasuhiro Nakasone, an ardent conservative who worked to forge a stronger military alliance with the United States, died on Friday at the age of 101, an official at his son's office said.

In office for five years from November 1982 to November 1987, Nakasone was known for trying to transform the nation defeated in World War II into a full-fledged member of the West during the Cold War era.

His efforts to strengthen security ties with Washington came at a time of intensifying trade friction with the United States, the world's biggest economy.

Describing Washington as "the most important partner for Japan", he built a friendship with then President Ronald Reagan.

Officials at the office of his son Hirofumi Nakasone, who is a member of the Japanese parliament's upper house, confirmed the ex-premier's death to AFP, with one of them saying he died Friday, without offering further details.

He broke post-World War II taboos in Japan by deciding to provide military technology to the US and scrapping the cap on the nation's annual defence budget.

Seen as a security hawk and a nationalist, Nakasone's positions on defence angered left-wingers in Japan, at a time when anti-war sentiments were even stronger than today after the defeat in World War II.

Echoing the "Reaganomics" policies of the American president, Nakasone privatised national enterprises such as railway and telephone operators, leaning in favour of the free market and a small state.

He also left his mark on Japan's relations with neighbours China and South Korea, which have been haunted by wartime history.

He was the first Japanese prime minister to visit South Korea, which had been under Tokyo's colonial rule from 1910 to the end of World War II in 1945.

In 1985, he visited a controversial war shrine but did not go the next year after China strongly criticised the move as an attempt to whitewash history.

He stepped down as prime minister in 1987 as support for his government plummeted after he tried to introduce a large-scale indirect tax system.