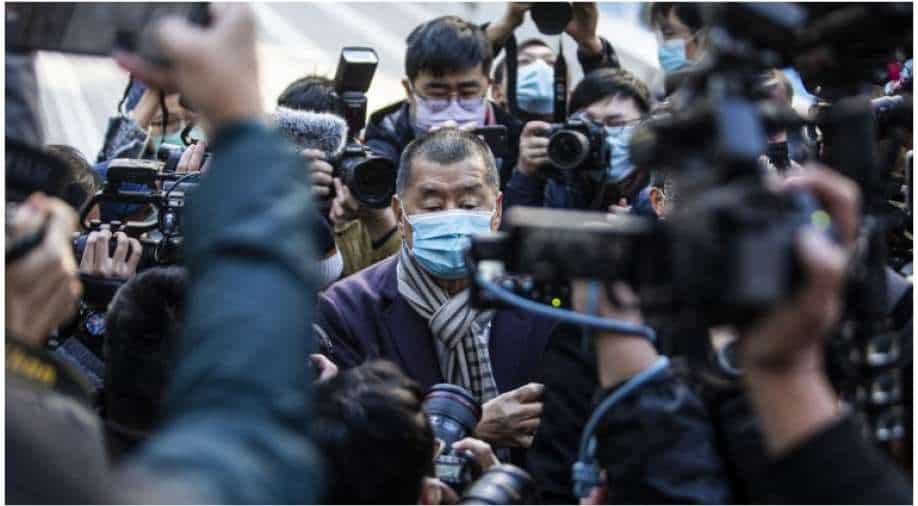 Hong Kong pro-democracy media tycoon Jimmy Lai (C) arrives at the Court of Final Appeal in Hong Kong on December 31, 2020, to face the prosecution's appeal against his bail after he was charged with the new national security law. Photograph:( AFP )

"The lengthy imprisonment of some of the individuals for non-violent acts when exercising protected civic rights is a further sign of the continued diminution of the democratic space and erosion of fundamental freedoms in Hong Kong," Borrell's spokesperson said in a statement.

"These developments in Hong Kong call into question China's will to uphold its international commitments, undermine trust, and impact EU-China relations," the statement said.

The text was issued in reaction to the sentencing in Hong Kong on Friday of 10 pro-democracy figures in two separate cases.

Among them was Jimmy Lai, a media tycoon, who was jailed for 14 months after being found guilty of having a role in two rallies in 2019, during the peak of a democracy uprising that paralysed Hong Kong for months.

"The exercise of fundamental freedoms, including peaceful assembly, must be ensured, as guaranteed in the Hong Kong Basic Law and in the Sino-British Joint Declaration," the statement said.