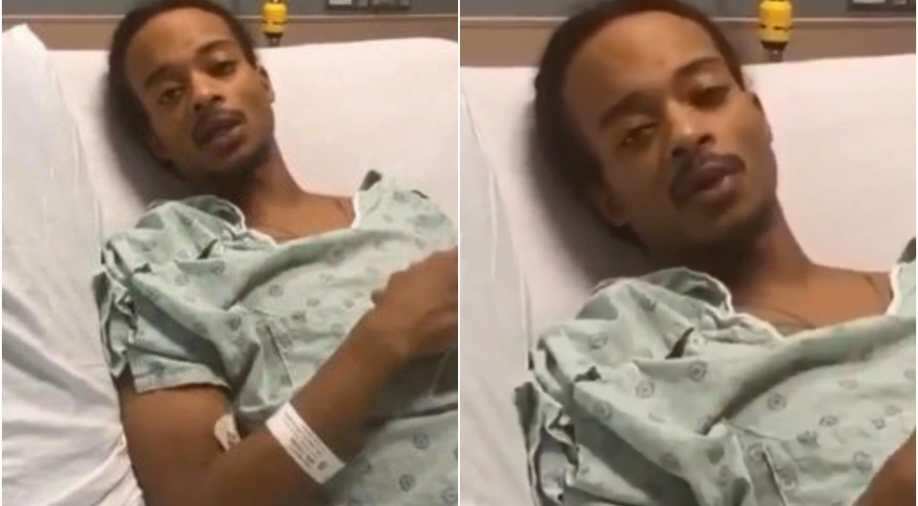 The lawsuit seeks unspecified compensation for his injuries, punitive damages, legal fees 'and such other relief as is just and equitable.'

Jacob Blake, the Black Wisconsin man who was shot by a white police officer and partially paralyzed in August, prompting protests and rioting in Kenosha during a summer of unrest across the country, sued that officer in federal court Thursday.

In the 19-page lawsuit, filed in U.S. District Court in the Eastern District of Wisconsin, Patrick Salvi II, a lawyer representing Blake, said his client had not posed a threat to anyone and described the seven shots fired by the officer, Rusten T. Sheskey as “excessive and unnecessary.” Six of the shots hit Blake, according to the suit.

The lawsuit seeks unspecified compensation for his injuries, punitive damages, legal fees “and such other relief as is just and equitable.” Telephone and email messages left with Silva on Thursday night were not immediately returned.

Brendan P. Matthews, a lawyer for Sheskey, previously defended the officer’s actions, saying in January that “at the end of the day, Officer Sheskey was presented with a difficult and dangerous situation and he acted appropriately and in accordance with his training.” The officer was placed on administrative leave after the shooting. Telephone and email messages left with Matthews on Thursday were not immediately returned.

The episode, part of which was captured on video taken by a bystander, made Kenosha an instant flash point in a summer of unrest that began with the killing of George Floyd in Minnesota.

The video, which is about 20 seconds long, ends shortly after the shooting, and circulated widely on social media. Julián Castro, the former mayor of San Antonio who sought the 2020 Democratic presidential nomination, tweeted the video and wrote, “We’re no other non-lethal methods considered, @KenoshaPolice?”

In January, Michael D. Graveley, the Kenosha County district attorney, said he would not bring charges against Sheskey, in part because it would be difficult to overcome an argument that he was protecting himself.

The Justice Department has opened a separate civil rights investigation into the case. Kenneth Gales, a spokesperson for the department, said Thursday that the investigation was continuing.

When the police arrived, they tried to detain Blake without first stating a reason or giving any verbal commands, according to the lawsuit. Sheskey grabbed Blake “by the wrist and began to apply physical force to his arm as he was in the process of placing one of his sons into the back of the SUV,” the lawsuit said.

At one point, Sheskey and other officers at the scene “began to physically attack” Blake, putting him “in a headlock, punching and choking him, and shocking him with a Taser on three occasions,” it said.

Afterward, Blake walked away from the officers, picked up a folding utility knife he had dropped on the ground earlier, and walked to the driver side of his car, it said.

“At no time from the point at which Plaintiff BLAKE began to walk away from the officers until the time he reached the driver’s side door did Plaintiff BLAKE attempt to strike any of the officers,” the lawsuit said. He did not “initiate any type of physical confrontation” and once he opened the driver side door, “he immediately threw the folding knife onto the floorboard,” the lawsuit said.

As Blake proceeded to sit in the driver’s seat, Sheskey was pulling on his shirt and fired seven shots, striking Blake six times, according to the lawsuit. Blake was hit in his arms, back and left side, the suit said.

Kenosha saw several days of protests and violence after the shooting of Blake. Kyle Rittenhouse, an Illinois teenager, traveled to Kenosha and was captured on video shooting three people with a military-style semi-automatic rifle, the Kenosha County sheriff has said. Two of them died. Rittenhouse was arrested and charged with killing them.

Rittenhouse, who is white, has become a polarizing figure and a hero among conservatives who contend he was acting in self-defense.