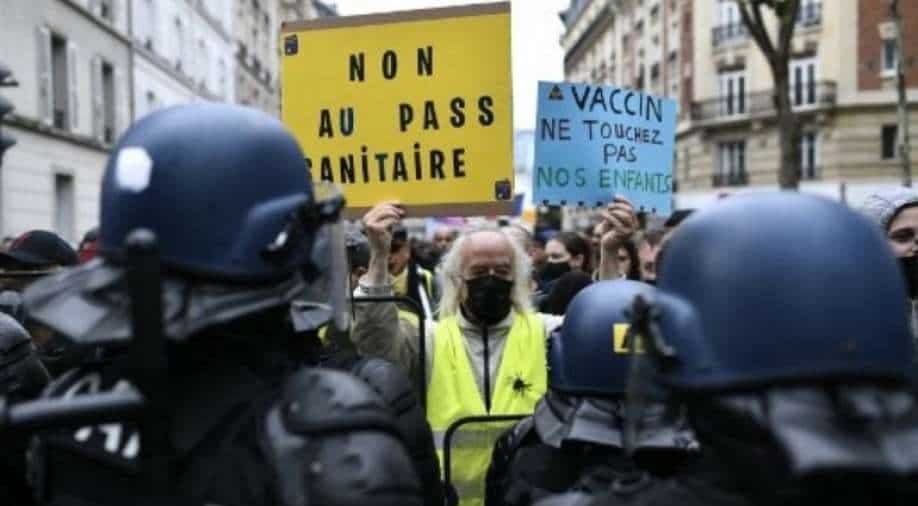 Locals in France took to the streets to protest against the vaccine passport suggested by French President Emmanuel Macron.

Protestors are uniting against the idea of vaccine passports as they believe it divides the society into two parts — vaccinated and the unvaccinated.

"The constitutional council has approved a two-tier society where there are two categories of citizens who don’t have the same rights, depending on their vaccine status," Julien Odoul, a young member of the far-right Rassemblement National was quoted by the Guardian. "This is Macron’s society and one that we condemn and reject. The principles of liberty and egality are sacred."

However, Macron has his head set on the vaccine passports and has urged people to come together to protect themselves and the fellow citizens of the country.

Requesting everyone to "accept the collective rules and get vaccinated", he explained to his fellow French citizens that "it’s about citizenship. Freedom only exists if the freedom of everyone is protected… it’s worth nothing if by exercising our freedom we contaminate our brother, neighbour, friend, parents, or someone we have come across at an event. Then freedom becomes irresponsibility."

In the coming days, the restrictions will be extended to locals wishing to dine at a restaurant or bar, including open terrace areas. From the end of this month, these restrictions will also apply to people whose job profile leads them to come in contact with people. Failure to show proof of vaccination can result in suspension from jobs without pay.