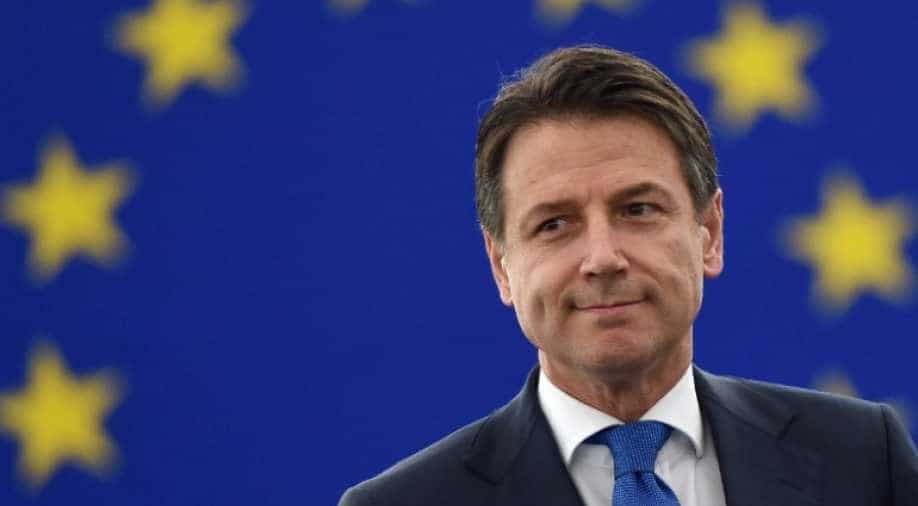 Conte, who told reporters he would present a cabinet list to the president in the coming days, said his priority was to draft a 2020 budget.

Italy's president asked Giuseppe Conte to head up a coalition of the 5-Star Movement and opposition Democratic Party (PD) on Thursday, a move could that could improve in Italy's fractious relations with the European Union.

Markets welcomed the quick end to a three-week political crisis triggered by League leader Matteo Salvini, who pulled his hard-right party out of its governing alliance with 5-Star after weeks of public bickering.

Salvini had wanted fresh polls to capitalise on his party's success in European elections but his plan backfired as 5-Star and the PD, lagging the League in opinion surveys, set aside their long-standing antipathy to form a government.

Italy's 10-year borrowing costs fell to an all-time low at auction on Thursday on the news as the prospect of a snap election retreated.

Conte, who told reporters he would present a cabinet list to the president in the coming days, said his priority was to draft a 2020 budget.

"We must immediately get to work and draw up a budget to avert the VAT hike, protects savers and offers solid prospects for economic growth and social development," he said.

VAT will rise from Jan. 1 unless the government can find 23 billion euros ($26 billion) elsewhere.

The creation of a new government is not yet a done deal, however, and the two parties still need to agree a shared policy platform and divide up cabinet posts.

In a further complication, 5-Star has promised to put the deal with the PD to an online vote of its members. Many 5-Star supporters oppose a pact with the centre-left and a 'yes' vote is not a certainty.

However, investors brushed off those concerns. Conte was seen as a voice of reason within the previous 5-Star/League coalition and investors are betting Italy will get a fiscally prudent government that will avoid confrontation with Europe.

According to the financial daily Il Sole 24 Ore, an early draft of the incoming coalition's policy platform would see it ask the EU for flexibility on the 2020 budget deficit to "reinforce social cohesion" in Italy.

The EU imposes budget rules on member states with the aim of ensuring financial stability in the bloc. It has had a testy relationship with Rome under the outgoing administration, with League leader Salvini blaming EU rules for impoverishing Italians.

"We think it will be less challenging to agree on an agenda between M5S (5-Star) and PD because the priorities both political forces have set out seem broadly consistent in many areas, ranging from fiscal policy to Italy's relationship with the EU to a focus on a green economy," UBS Wealth Management Italy's Matteo Ramenghi said.

German Finance Minister Olaf Scholz said Conte's appointment was good news for Europe, adding: "I'm glad to see that the government crisis in Italy seems to have come to an end now and that a stable and new, progressive government can take the helm."

Conte, a quietly spoken academic with a penchant for smart suits, waistcoats and cufflinks, has enjoyed high poll ratings since he was plucked from relative obscurity 14 months ago to become premier. While he has no political affiliation he is considered close to 5-Star.