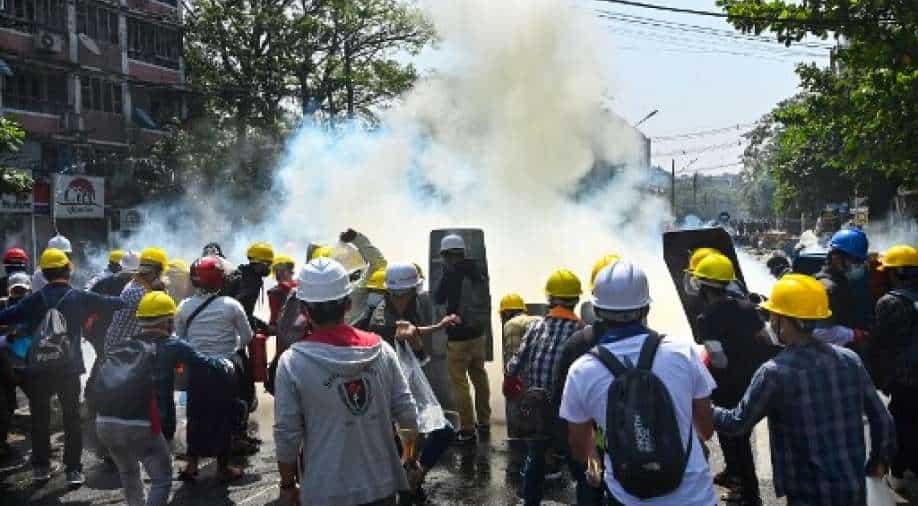 As the Myanmar military continued its crackdown, the Italian and German governments on Monday summoned Myanmar's ambassador over the violence in the country and expressed their condemnation.

Italy said it had requested the "military authorities immediately put an end to all violent repression of the democratic protests underway in the country."

"The ministry also emphasised the illegitimacy of the military's decision to cancel the November elections," Italy's foreign ministry said. The move comes as National League for Democracy (NLD) leader Suu Kyi was hit with two new criminal charges on Monday, a month after the coup triggered mass protests.

The military had taken ousted Suu Kyi's government on February 1 and imposed a state of emergency for one year and detained several top NLD leaders close to Suu Kyi.

On Sunday, at least 18 people were killed as police opened fire on demonstrators in cities across Myanmar. The Italian government urged the Myanmar ambassador to release Aung San Suu Kyi and all those arrested in connection with the coup.

Germany backed the Italian government as it called Myanmar's military to return to the democratic process through dialogue and to release Suu Kyi.