Myanmar protesters prepare for confrontation after bloodiest day so far 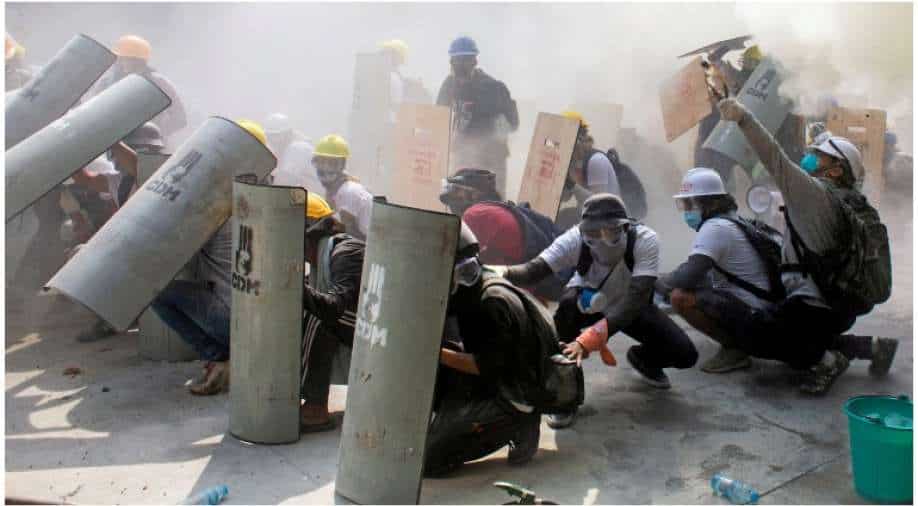 There was violence in various parts of the country on Sunday. Police opened fire on crowds in several parts of capital Yangon

Anti-coup protesters in Myanmar on Monday prepared for demonstrations following what was the bloodiest day till date amid crackdown by the military. On Sunday, at least 18 people were killed in clashes between security forces and protesters. There was violence in various parts of the country on Sunday. Police opened fire on crowds in several parts of capital Yangon.

On Monday, Reuters quoted witnesses who said that at least 10 police and military vehicles were parked at an intersection in Yangon where protesters clashed with the security forces.

As per Reuters the military has not commented on Sunday's violence and police and military spokesmen did not answer calls.

There are rising calls from various countries in world to control situation which is definitely showing signs of becoming more violent with each passing day.

US Secretary of State Antony Blinken condemned the "abhorrent violence" by security forces.  Canada's foreign minister, Marc Garneau, called the military's use of lethal force against its own people "appalling".

Myanmar has been in chaos since the army seized power and detained elected government leader Suu Kyi and much of her party leadership on Feb. 1, alleging fraud in a November election her party won in a landslide.

Tom Andrews, the United Nations special rapporteur on human rights in Myanmar said it was clear the junta's assault would continue so the international community needed to ratchet up its response.

He proposed a global arms embargo, more sanctions from more countries on those behind the coup, sanctions on the military's businesses and a U.N Security Council referral to the International Criminal Court.

"Words of condemnation are welcome but insufficient. We must act," Andrews said in a statement.

"The nightmare in Myanmar that is unfolding before our eyes will get worse. The world must act."