It was kinda funny: Sean Spicer on going to the Emmys 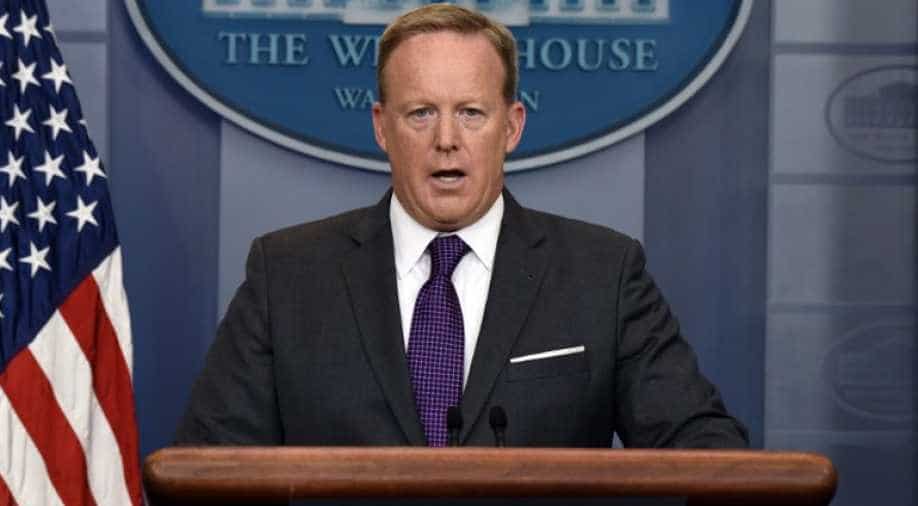 Colbert and Spicer have had a relationship that can at best be called testy. Photograph:( AFP )

It was the last thing the audience at Los Angeles' Microsoft Theatre expected.

To see Sean Spicer on stage during the Emmys.

The Emmys after all were hosted by chat show host Stephen Colbert who, one could say, makes a living telling jokes about US President Donald Trump.

As he did with Spicer, while he was White House press secretary.

But that's exactly what happened.

At the Emmys, Colbert asked how many people were watching and Spicer slid on to the stage behind a White House-style podium and declared: "This will be the large audience to witness an Emmys, period. Both in person and around the world."

Spicer's comments were a reference to his and US President Donald Trump's assertion that the turnout for Trump's inauguration was the largest-ever in US history -- despite photographic evidence to the contrary.

Also read: The complete list of winners at the 69th Emmy Awards

ANI reported Spicer as saying "I had a conversation with Stephen (Colbert) and his executive producer. They came up with a concept, and I thought it was kinda funny. I said I`d be there."

He added that it was an honour to have been invited to the Emmys.

"Thanks to Stephen Colbert for having me at this year`s Emmys," he wrote on his Instagram account.

Spicer was very well-received at the Emmys.

With some commentators saying he was the highlight of Colbert's opening monologue.

Remember of course that Colbert and Spicer have in the past had a relationship that can at best be called testy.

Colbert has pilloried Spicer ever since he started work at the White House, and Trump from even earlier.