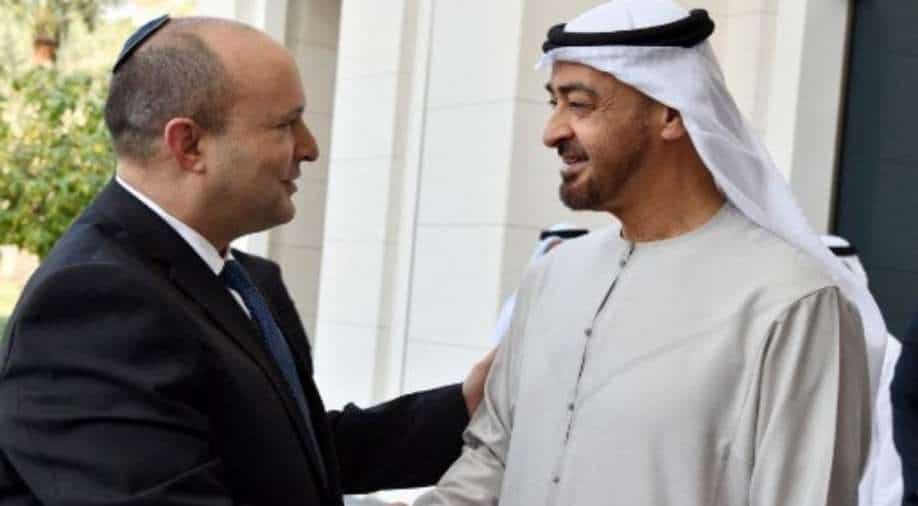 Israeli PM Naftali Bennett said that he appreciated the hospitality, adding that it was a splendid welcome

Bennett became the first Israeli prime minister to visit the UAE after diplomatic ties were established last year as part of a US-sponsored agreement known as the 'Abraham Accords'. This crucial visit is followed by Israel's Foreign Minister Yair Lapid's June visit to UAE when he inaugurated the nation's embassy in Abu Dhabi.

Upon his arrival at the royal airport, the Israeli prime minister was received by UAE Foreign Minister Abdullah bin Zayed and an honour guard, Israel's office of prime minister informed.

Naftali Bennett said that he appreciated the hospitality, adding that it was a splendid welcome. He also noted that he was very moved to be in the UAE, on the first official visit by an Israeli leader.

Israel's PM said that he expected to strengthen the network of relations between the two countries. Ahead of his visit, his office had informed that the leaders will discuss deepening the ties, especially the economic and regional issues.

Before starting his journey, Bennett tweeted, "I am now embarking on the first official visit ever of an Israeli Prime Minister to the United Arab Emirates. The potential inherent in the partnership between Israel and the Emirates is enormous.

"Together, we have a real opportunity to create a stable, prosperous and stronger Middle East. And this is just the beginning," he added.

The visit is also significant as it came amid heightened regional tension as world powers' try to renew a nuclear deal with Iran.

Israel has talked about setting up joint defences with Gulf Arab states that share its concern over Iranian activities. Yet UAE has recently mounted outreach to neighbouring Iran, sending a top official there last Monday.