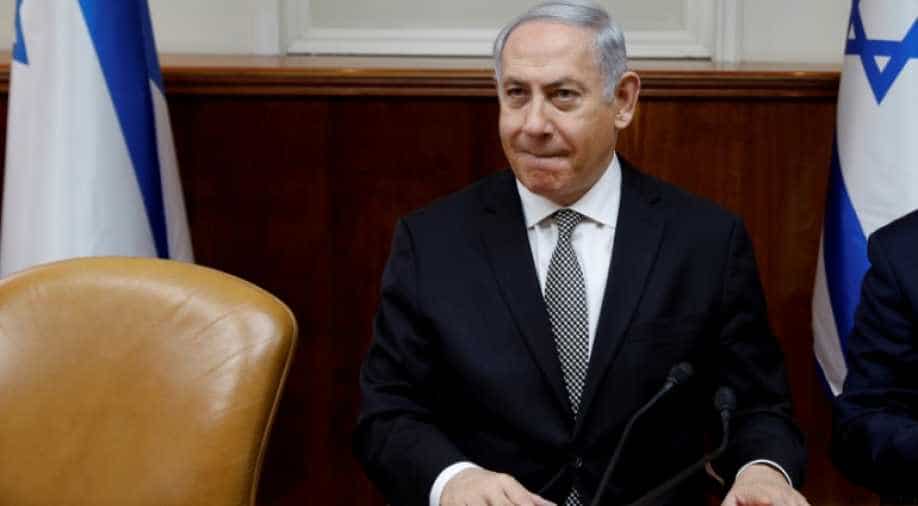 Netanyahu faced a three-year-long probe in three cases. The judgement delivers a tight blow to Netanyahu just before possible polls.

Israeli Prime Minister Benjamin Netanyahu was indicted by the country's justice ministry for bribery, corruption, fraud and breach of trust on Thursday.

Netanyahu faced a three-year-long probe in three cases. The judgement delivers a tight blow to Netanyahu just before possible polls.

Netanyahu now faces a trial in court and in case he gets convicted he will be barred from contesting polls and could also face a 10-year-long jail term.

Attorney General Avichai Mandelblit announced the decision, the first of its kind against a serving Israeli prime minister, in a statement and said the charges included bribery, breach of trust and fraud.

Police recommended in February that Mandelblit file criminal charges against the right-wing prime minister in the long-running investigations dubbed Cases 1000, 2000 and 4000.

Netanyahu has denied any wrongdoing in the three corruption cases, saying he is a victim of a political witch-hunt.

He is suspected of wrongfully accepting $264,000 worth of gifts, which prosecutors said included cigars and champagne, from tycoons and of dispensing favours in alleged bids for improved coverage by an Israeli newspaper and a website, news agency Reuters reported.

He could face up to 10 years in prison if convicted of bribery and a maximum 3-year term for fraud and breach of trust.

An indictment against Netanyahu, Israel's longest-serving leader, would raise more uncertainty over who will ultimately lead a country mired in political chaos after two inconclusive elections this year.