Israelis continue to protest against government's response to coronavirus crisis 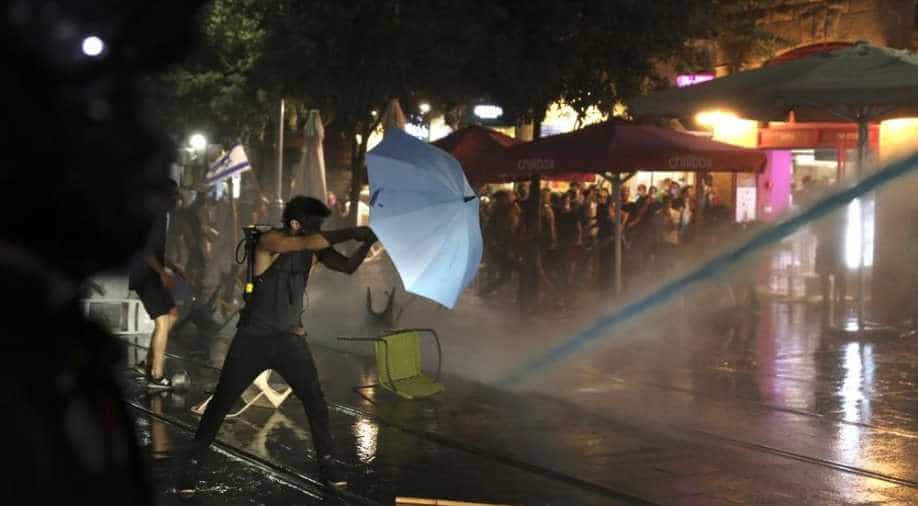 Demonstrations continue to rage in Israel after thousands more gather to protest against Prime Minister Benjamin Netanyahu in Jerusalem on Saturday. These demonstrators gathered outside Israeli PM's residence.

These protests have been on for a few weeks now and target Netanyahu's government for its failure to handle the coronavirus crisis. Corruption charges against Netanyahu have added more fuel to these protests.

Many demonstrators held placards to criticise the Prime Minister. “Bibi, go home,” read one sign held by a protester. Another placard read “Everyone can see that the emperor has lost his clothes.”

Wearing protective masks, the demonstrators marched from Netanyahu's official residence to Israel's parliament, holding up signs that read "Crime Minister" and calling on the five-term premier to step down.

The pandemic has battered the country's economy after the unemployment rate shot to nearly 20 per cent.

In an apparent bid to quell public anger, Netanyahu this week announced plans to send cash to all Israelis -- a measure criticised by some experts who said the economy needed targeted assistance, not a nationwide payout.