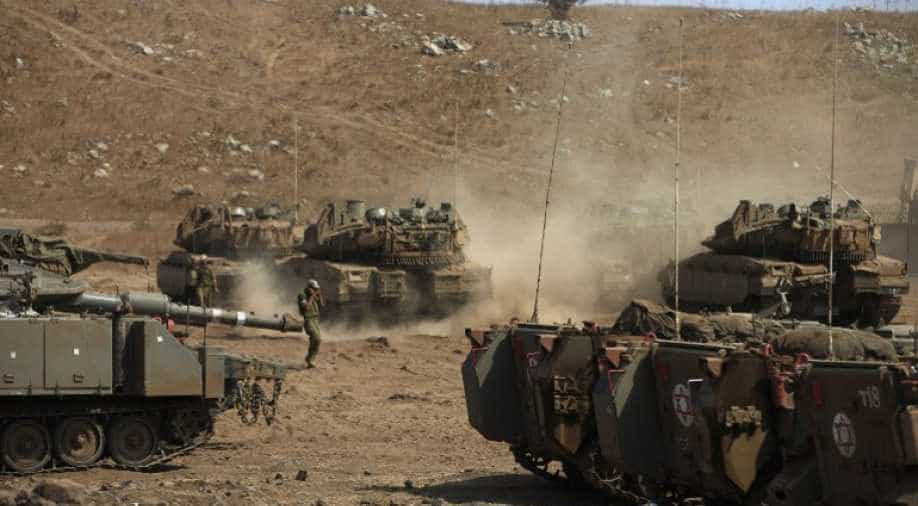 The Israeli army holds the Syrian government accountable for any fire from its territory, regardless of the source. In photo: Israeli soldiers manuever tanks during a military exercise on September 13, 2016. Photograph:( AFP )

"In response to the projectile which hit Israel earlier today, the IDF (Israel Defence Forces) targeted an artillery position of the Syrian regime in the northern Syrian Golan Heights," a statement said.

The attack on Golan Heights was likely a stray fire between Syrian government forces and rebels. Isreal, however, considers any fire from its territory a responsibility of the Syrian government.

The rocket caused no casualties, the army said. It was "most likely a result of the internal fighting in Syria".

Israel has sought to avoid being drawn into the conflict, but has attacked Syrian military targets when fire spills over the demarcation line, AFP said.

In 1967, Israel seized 1,200 square kilometres (460 square miles) of the Golan from Syria in the Six-Day War and later annexed it in a move never recognised by the international community.