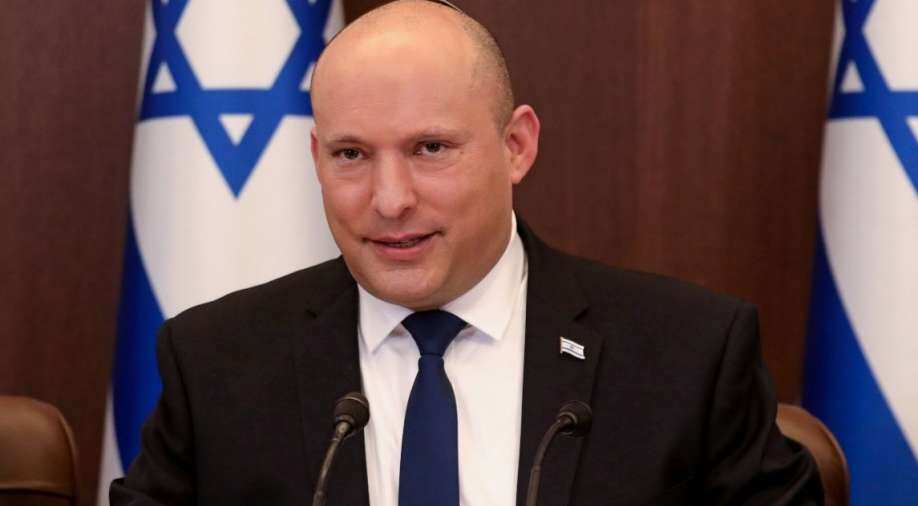 On Monday, the prime minister's office said Bennett had tested positive for Covid-19 but was "feeling well and will continue his schedule as planned from his home". Photograph:( Reuters )

Robert Malley, who leads the indirect US talks with Iran in Vienna, has suggested that securing the nuclear pact is unlikely unless Tehran releases four US citizens Washington says it is holding hostage

Israeli Prime Minister Naftali Bennett said Sunday that Iran may "shortly" agree a new nuclear deal with major powers but warned it will be "weaker" than the original 2015 agreement.

"We may see an agreement shortly. The new agreement that appears will be made is shorter and weaker than the previous one," Bennett said before a weekly cabinet meeting, adding that Israel was "organising and preparing for the day after, in all dimensions".

Robert Malley, who leads the indirect US talks with Iran in Vienna, has suggested that securing the nuclear pact is unlikely unless Tehran releases four US citizens Washington says it is holding hostage.

The 2015 deal between Iran and major powers limited Iran’s enrichment of uranium to make it harder for Tehran to develop material for nuclear weapons, in return for a lifting of international sanctions against Tehran.

But it has eroded since 2018 when then-President Donald Trump withdrew the United States and reimposed far-reaching sanctions on Iran.

Tehran has since breached the deal's limits and gone well beyond, rebuilding stockpiles of enriched uranium, refining it to higher fissile purity and installing advanced centrifuges to speed up output.

Both Tehran and Washington have described the nuclear talks as constructive since last week, when the negotiations resumed after a 10-day pause. However, they have also said that tough political decisions needed to be taken to overcome the remaining differences.

After 10 months of talks, one of the remaining differences is Iran’s demand for a US guarantee of no more sanctions or other punitive steps in future, and also how and when to restore verifiable restrictions on Iran’s nuclear activity.