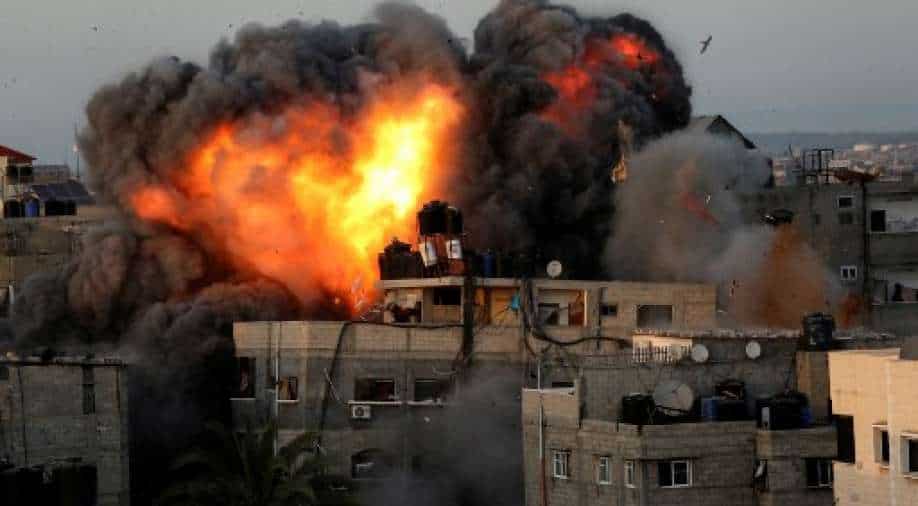 Saudi Foreign Minister Faisal bin Farhan has said the Israel-Gaza conflict is pushing the whole region "in the wrong direction,".

The violence between Israel and Hamas has intensified in the past eight days and is showing no signs of abating despite regular diplomatic efforts to bring about a ceasefire.

According to Israeli media, Hamas has fired over 3,350 rockets from Gaza — 200 on Monday alone — and that Israeli strikes have killed at least 130 militants.

Saudi Foreign Minister Faisal bin Farhan has said the Israel-Gaza conflict is pushing the whole region "in the wrong direction,".

"This all pushes us absolutely in the wrong direction. It means that we are making a path toward a sustainable peace more difficult," bin Farhan told AFP, as the international community steps up its diplomatic efforts to push for de-escalation.

Gravitas: Hamas and the politics of Palestine

The conflict is "empowering the extremists," he added.

"It empowers the most intolerant voices in our region and makes (finding) a path to real peace harder," he added, speaking on the sideline of summits in France on Sudan and Africa.

"We have to all work together to encourage all the parties to engage (seriously), he said. "First of all, to de-escalate, to stop the violence and then to engage in serious peace talks toward a final settlement."

That final settlement "must include a Palestinian state with East Jerusalem as its capital," Saudi Arabia's top diplomat stressed.

Israel's near-relentless bombing campaign has killed 217 Palestinians, including 63 children, and wounded more than 1,400 people in just over a week in the Hamas-run enclave, according to Gaza's health ministry.

The death toll on the Israeli side rose to 12 when a volley of rockets Hamas fired at the southern Eshkol region killed two Thai nationals working in a factory and wounded several others, police said.

"Our key priority is to reinitiate peace talks between Palestinians and Israelis," bin Farhan said.

"This is the only path to a sustainable peace."

Saudi Arabia has no official relations with Israel.