Israeli jets kept up a barrage of air strikes against the Palestinian enclave of Gaza Monday evening, as a week of violence that has killed more than 200 people pushed world leaders to step up mediation. Now, Muslim-majority country Indonesia has come forward in support of Gaza by strongly condemning attacks by Israel.

Support for Palestine is growing everywhere, protesters want a two-state solution for Palestine, recognising it as a independent-state from Israel.

Here are some pictures of protest from Indonesia 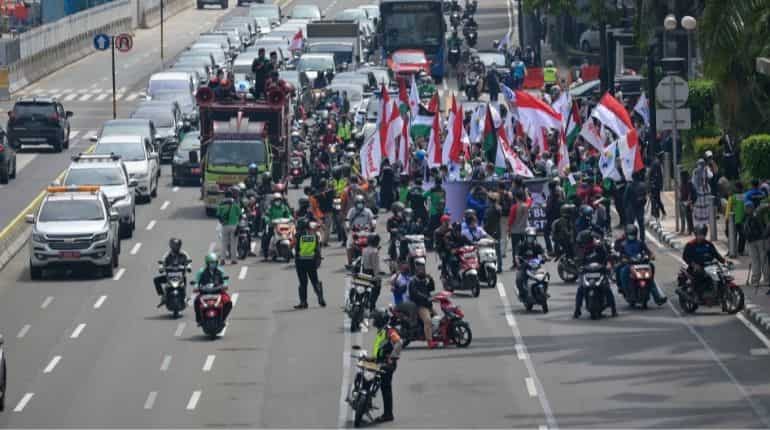 The tensions between Israel and Palestine drew international outcry after massive escalation of violence in Gaza and East Jerusalem. 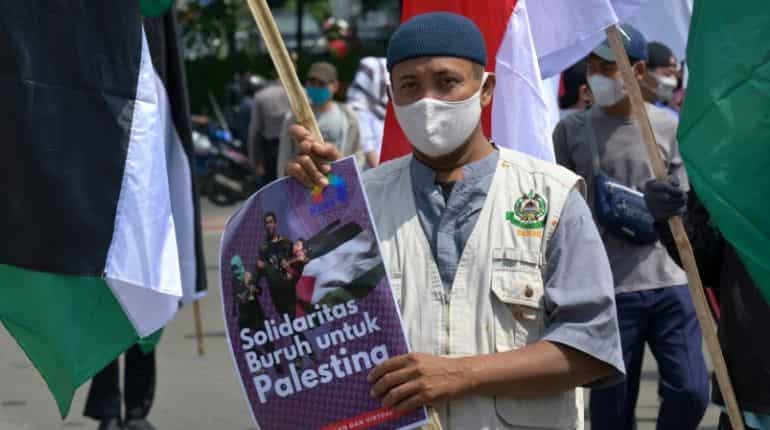 Indonesia stands in support of Palestine. Indonesians say Palestinian people deserve to get justice and they are together in this struggle. 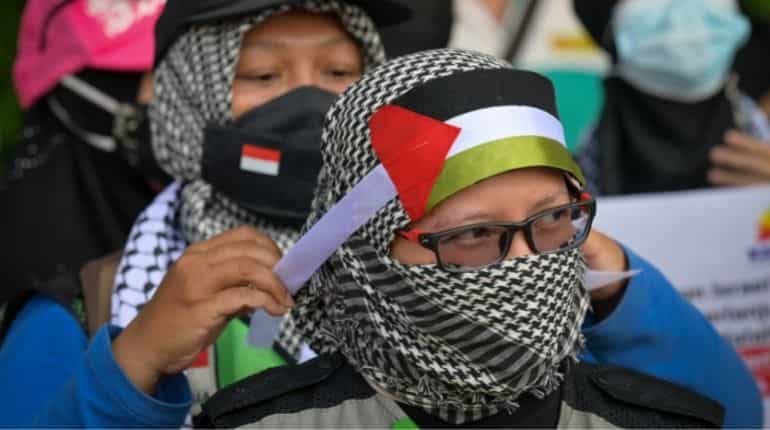 The Organisation of Islamic Cooperation (OIC) called the international community to end the violence in Palestine and strongly condemned Israel's brutality. 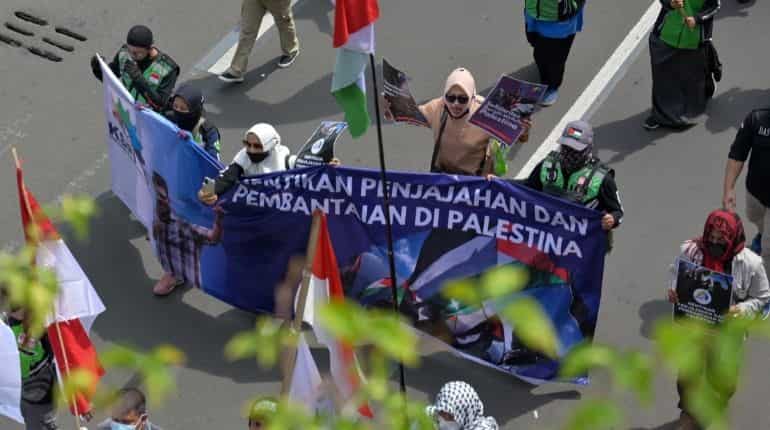 Demonstrators take part in a protest against Israel, on streets in Jakarta, amid the ongoing conflict between Israel and the Palestinian Territories. 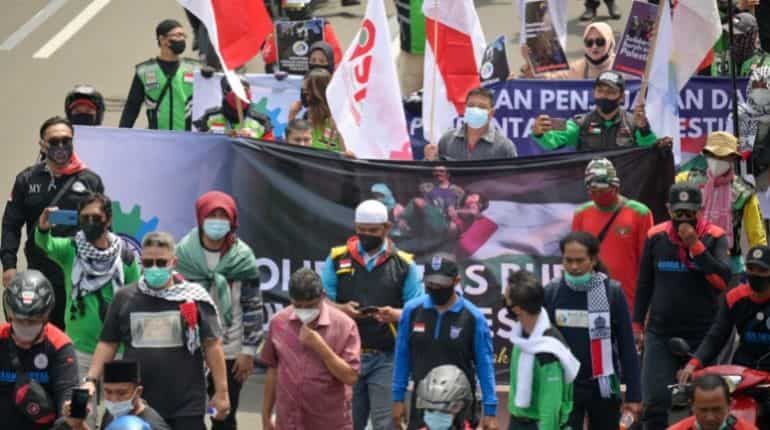 The brutal fighting between Israel and Islamist group Hamas, sparked by unrest in Jerusalem, has claimed 174 lives in Gaza and Killed 10 people in Israel since last week.