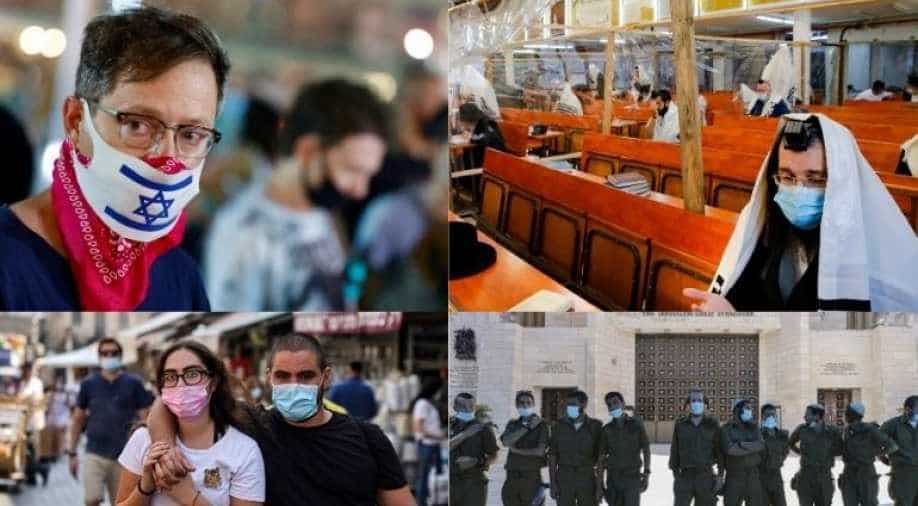 Israel entered its second lockdown amid a spurt in coronavirus cases coinciding with the start of the Jewish New Year.

The Israel government approved a nationwide lockdown beginning Friday after the nation's parliament approved an initial lockdown for two weeks which is likely to be extended.

The country entered its second lockdown amid a spurt in coronavirus cases coinciding with the start of the Jewish New Year. Israel had earlier imposed a lockdown in March and began easing restrictions in May.

“We find ourselves before the second closure since the start of the global coronavirus pandemic,” PM Benjamin Netanyahu said in a televised address to the nation, adding, "We have determined that one of the criteria for new restrictions would be a red flag from the health system and it was waved last week.”

Israel has witnessed 5,000 cases per day as authorities impose social distancing norms and limit worshippers going to synagogues amid the Jewish New Year, Rosh Hashana which begins on September 27.

The government has announced stringent guidelines including restrictions on educational activity, visiting each others residence and visits to the beach. The authorities have allowed not more than 20 people to gather in open spaces with social distancing norms of at least 2 meters with residents allowed to go out up to a distance of 1 kilometre only.

The government has also designated cities as "red" which have recorded a large number of cases including Netanya and Rishon Letzion, near Tel Aviv and areas in Jerusalem, including the Old City. Amid the growing number of cases, the country has also ramped up testing with 5,238 positive cases detected on Thursday out of 56,986 tests processed.