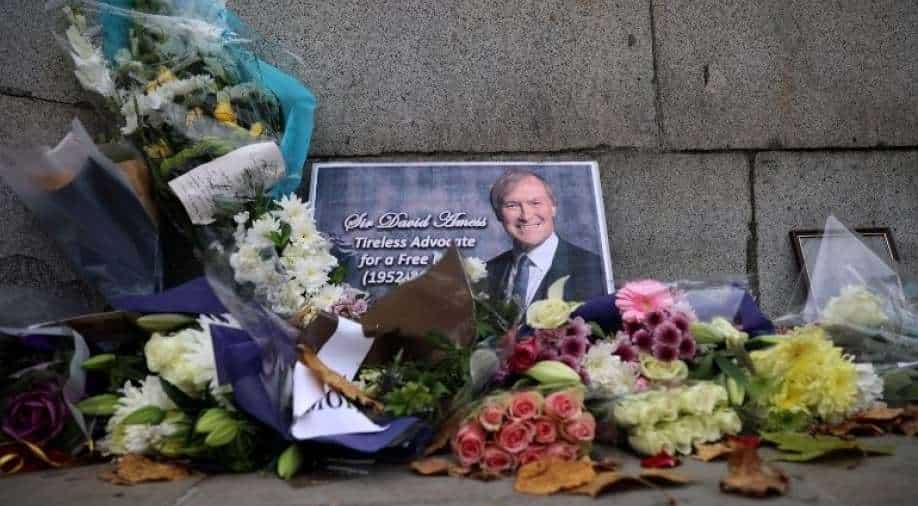 Floral tributes to British MP David Amess, who was stabbed to death during a meeting with constituents, lay outside the Houses of Parliament, in London Photograph:( Reuters )

Ali Harbi Ali, the 25-year-old suspect was the son of an ex-media advisor to a former prime minister of Somalia

Ali Harbi Ali, affiliated with the Islamic State, has been charged with the murder of British MP David Amess.

The Crown Prosecution Service (CPS) said he "has a terrorist connection, namely that it had both religious and ideological motivations".

The 25-year-old suspect was the son of an ex-media advisor to a former prime minister of Somalia.

According to prosecutor James Cable, he had been planning to kill a member of parliament for years.

The killing of Amess had raised safety concerns about the safety of elected politicians and has prompted for better protection of lawmakers.

They are especially vulnerable when they hold "surgeries", or one-to-one meetings with voters in their constituencies, a tradition considered a bedrock of democracy.

Intelligence officers had upgraded the threat level for politicians to "substantial" as per Home Secretary Priti Patel. She called the killing "an attack on our democracy".

Amess was stabbed to death in the Belfairs Methodist Church in Leigh-on-Sea, northeast of London. He was a member of Prime Minister Boris Johnson's Conservative Party.

His family has urged the public to "Set aside hatred and work together towards togetherness. Whatever one's race, religious or political beliefs, be tolerant and try to understand."

Matt Jukes, assistant commissioner for specialist operations at the Met said "I understand the huge level of public interest in this case. But now a charge has been brought, it is vitally important that everyone exercises restraint when commenting on it publicly, to ensure future court proceedings are not prejudiced in any way."

In 2016, Labour MP Jo Cox was killed as she met constituents near Leeds, northern England, in the febrile run-up to the Brexit referendum.