Is Donald Trump being a sore loser? 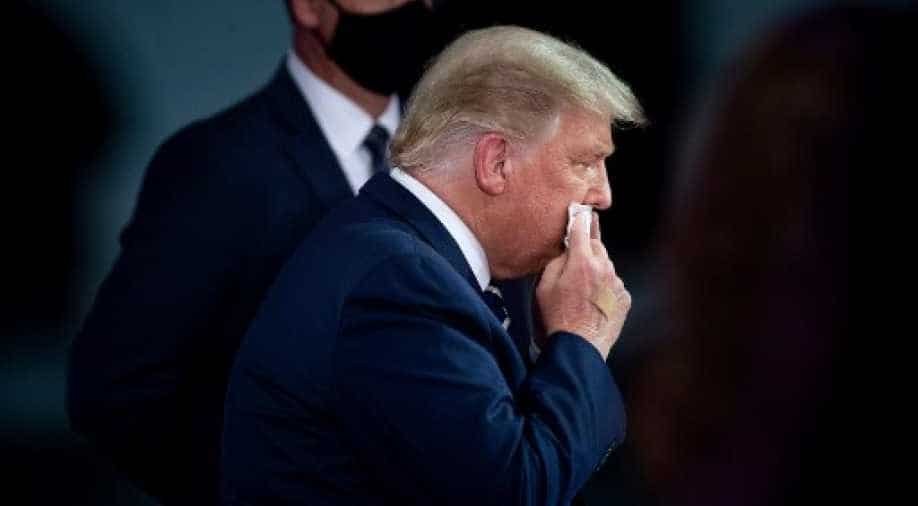 Trump is already building a case to remain in office in case elections are called in favour of Biden. His team has been filing lawsuits. Too many of them

US Election 2020 trends are not in Donald Trump's favour. Even US President's favourite news channel is talking about 'Narrow paths to victory'. How is Trump taking all of this? True to his word, Trump is not proving to be a great loser. He is being a sore loser. Here's why.

When the counting began, Trump cried theft on Twitter. He then cried fraud at 2:30 am address.

"We lead by 76,000 votes with almost nothing left. And all of a sudden everything just stopped. This is a fraud on the American public. This is an embarrassment to our country. We were getting ready to win this election. Frankly, we did win this election. So our goal now is to ensure the integrity for the good of this nation. This is a very big moment. This is a major fraud in our nation," he said.

This was more than 24 hours ago. Since then, he has made a number of tweets, one out of them claiming 'Biden votes are being found all over the place' in Pennsylvania, Wisconsin and Michigan. It can't be said for certain what he meant here. Then there was the tweet was in which the president was attacking the mail-in ballot yet again.

In another tweet, Trump claims that the US election system has been damaged.

Clearly, Trump's not happy. The numbers do not favour him. The president is in denial. And he is blaming everything and everyone he possibly can. Word is, he is frantically calling Republican Governors, his lawyers. He is doing this even when elections have not been called yet.

Trump is already building a case to remain in office in case elections are called in favour of Biden. His team has been filing lawsuits. Too many of them.

Experts say that these cases lack foundation. At most, they can stall the result.

Donald Trump is game. If he can't win the election, he will hijack it by stalling it. Trump is trying his level best to interfere with the process

He is right. The leader of the world's oldest democracy can't have his official schedule empty for the second straight day.

No briefing on economy. No briefing on the Wuhan virus situation. America's infection numbers have crossed 9.8 million. But Donald Trump has locked himself inside White House and put the state machinery on hold.

A democratically elected leader should not stoke violence. A day after Trump declared that he did not need Arizona, Pro-Trump supporters have taken to the streets of Phoenix. Some of them carried arms. They are outside the counting centres, trying to stop the counting, trying to disenfranchise the voters. Press crews have been asked to leave the area. Police is guarding the counters.

Is this how a democracy works?

Moreover, in which democratic country does a court decide elections? Because that's exactly what might happen in the US. It's bad enough that American hand over their franchise to an electoral college.

And now if Trump is to have his way, it will be the US Supreme Court that will pick the president. This won't be the first time.

It had happened in 2000 during George Bush's election. Back then, the fight was over one state, Florida. Bush had won. 20 years later, it's messier

Because Trump is scared to face the result of an election that's becoming increasingly uncertain.

It's an election that's defined by suspense. One American leader predicted this, weeks before the polling day. It was Bernie Sanders

“You’re going to have a situation, I suspect, in states like Pennsylvania, Michigan, Wisconsin, other states, where they are going to be receiving huge amounts of mail-in ballots. Unlike states like Florida and Vermont, they’ll not be able to process these ballots until Election Day or until the polls close," he had said.

Can a country that takes pride in calling itself the global leader not fix its electoral process? Perhaps not because amid all the confusion, the United States of America is busy celebrating the election of a dog as town's mayor. It happened in Kentucky. A French Bulldog was elected to office in Rabbit Hash. The dog won by over 13,000 votes. It's apparently a tradition since the 1990s. Who else thinks this is a mockery of the electoral system?