The Hail-Mary Keep-Counting US Presidential Election 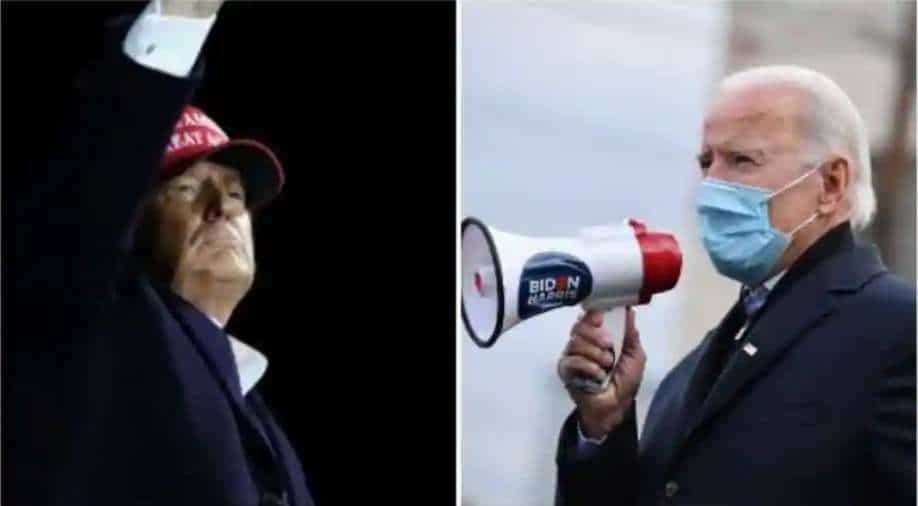 some legal observers regard the proposed litigations from Trump camp as unlikely to be effective. They call them Hail Mary lawsuits based on Game Theory.

What was expected by pollsters to be a comfortable win for the Democrat Biden-Harris ticket has turned into a nail-biter. Vice-president Joe Biden’s lead in the days and months leading up to election day was near 10 per cent throughout. His campaign was aimed at healing America’s soul, allegedly fractured by Donald Trump’s presidency.

But in the election results out so far, it is apparent that Trump continues to enjoy considerable support throughout America. Biden, like Hillary Clinton in 2016, does indeed lead in the popular vote, but the slog-overs are in the Electoral Votes.

The House of Representatives, or Congress, continues to be in a Democrat majority, while the Senate remains with the Republicans. This is as it was in the Trump presidency’s latter days. This bipartisan situation makes passing legislation an onerous process for either side.

The Republican Trump-Pence ticket looks within striking distance of its second term in power. However, thanks to the Covid-19 pandemic, there are unprecedented numbers of postal ballots.

Trump could win if key ‘battleground’ states still in play fall to them. At this point, they include Arizona, Georgia, Nevada, Pennsylvania and North Carolina.

Also Read | US Presidential elections: What matters for India?

The controversy on when the postal ballots, post-marked November 3rd  latest, should be counted till, is still rife. Democrats say, it should go on till the last vote is counted. The Republicans suspect there may be frauds perpetrated if this is allowed over large stretches of time.

The postal ballots, run into millions in this election. The ultimate result will be determined after the slow and careful count is finally over. Here again, the pollster’s wisdom had it that these were mostly Democrat votes, particularly amongst the early voters much before election day on November 3. But in the counting, of those ballots that came in on election day post-marked November 3rd, this is not always borne out. So last-minute surprises could happen, as the counts are continually pulling both ways.

Joe Biden has counselled patience and shown confidence in the ultimate outcome, expecting it to be in his favour. Trump has claimed he has already won and accused the Democrats of trying to ‘steal’ the election via fraudulent postal ballots, including dead-man Democrat votes, fudged signatures, and biased decision-making in Democrat-heavy states. He has called for a recount in Wisconsin if the Courts agree.

Trump has, in fact, already initiated several lawsuits over the mail-in ballots, verification of data incorporated, including signatures, the time they came in, versus the cut-off deadline, and so on. Then there is the correct process of counting itself, supervised by representatives of both parties. There is even an independent arbitrator in most locations.

However, some legal observers regard the proposed litigation as unlikely to be effective. They call them Hail Mary lawsuits based on Game Theory. They could, if accepted by the courts, further delay the final outcome, result in recounts and modified rules of counting the mail-in votes, result in Democrat counter-suits, that would complicate the terms of engagement.

This may be important however, because America is a federation, with each state allowed to make its own processes and rules on the postal voting. And all of it may not be even-handed.

What is clear, away from the actual voting, is the almost equal division of perception about what matters, and how America should be run. There is little focus on America’s place in the world. Instead the gaze is turned inwards on America’s fractured sense of unity and huge economic disparities between the haves and have-nots.

The polarisation between the Left-leaning Democrats and the Right-of-centre Republicans seems to have hardened. White America is anxious about the impact of growing numbers of blacks, Hispanics, impoverished and sometimes illegal immigrants, other minorities including real and potential
Islamic terrorists. They are scared of being swamped as demographic shifts are taking place quite rapidly. White supremacists are stirring up passions. Shootings and murders are on the rise. Immigration from all but a few European countries has been tightened.

With recent rioting in different parts of the country, there is consternation about the increasing assertiveness of groups backed and financed by shadowy near-Communist style organisations. Are foreign governments involved?

International relations, including the contentious relationship with an imperialist China, is nevertheless perceived as less of a burning issue for most Americans. At the best of times, Americans are mostly not very interested in the rest of the world, except for traditional ties to London and Paris. Visiting Europe is a rite-of-passage for many to appreciate the old world from where most white Americans came generations ago.

President Trump in 2020 gets high marks for his handling of the domestic economy and is criticised for downplaying the pandemic. Vice President Joe Biden, if he wins, is expected to come to the rescue of the poor with more giveaways and higher taxes on the better off.

There is hope in the hearts of black voters for a Democrat victory, though not all black or Hispanic voters have voted Democrat by any means.

But in the end, the postal ballots, and the controversies they have led to, including incorrect ballot papers sent out, are reminiscent of the problems with the ‘pregnant chads’ during the first bid to the presidency of Republican George W Bush. That happened in Florida which Trump has won this time. That dispute in 2000 with Democrat Al Gore went to the Supreme Court. And it took 36 days to finally give the state to Bush after it stopped the counting. It resulted in making Bush president.

This time, it is possible that one or the other could reach the required 270 electoral votes before the last vote is counted, but will that be accepted by the other side?