Iraqis head to early vote with little hope for change 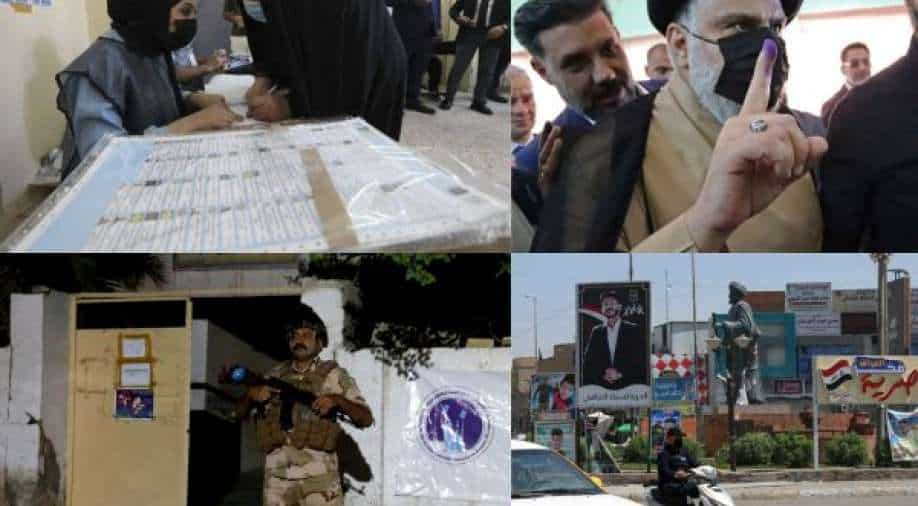 Security was tight in the capital, with voters searched twice at the entrance to polling stations,Polls remain open until 6:00 pm, with preliminary results expected within 24 hours of closing

Iraqis headed to the polls Sunday for an early election billed as a concession to anti-government protests but expected to be boycotted by many voters who distrust official promises of reform.

Polls opened at 7:00am (0400 GMT) but few voters turned up early at one polling station at a school in central Baghdad.

"I have come to vote to change the country for the better, and to change the current leaders who are incompetent," said Jimand Khalil, 37, who was one of the first to cast her vote. "They made a lot of promises to us but didn't bring us anything."

Security was tight in the capital, with voters searched twice at the entrance to polling stations.

Airports are also closed until dawn on Monday across Iraq, where despite the government's declaration of victory over the Islamic State group in late 2017, jihadist sleeper cells continue to mount attacks.

Polls remain open until 6:00 pm, with preliminary results expected within 24 hours of closing. Dozens of election observers deployed by the European Union and the United Nations were set to monitor the vote.

"This is an opportunity for change," he said.

"Get out there and vote, change your reality, for Iraq and for your future," urged Kadhemi, whose political future hangs in the balance, with few observers willing to predict who will come out on top after the lengthy backroom haggling that usually follows Iraqi elections.

But analysts are already predicting a record-low turnout for these polls, held a year early in a rare concession to the youth-led protest movement.

Dozens of anti-government activists have been killed, kidnapped or intimidated over the last couple of years, with accusations that pro-Iran armed groups, many of which are represented in parliament, have been behind the violence.

"Iraqis should have the confidence to vote as they please, in an environment free of pressure, intimidation and threats," the UN mission in Iraq said ahead of the polls.

The protests that swept through Baghdad and the south in October 2019 rocked the Shiite factions that have dominated Iraq since the aftermath of the US-led invasion of 2003.

Tens of thousands of demonstrators took to the streets to express their anger at corruption, unemployment and crumbling public services, and hundreds lost their lives in protest-related violence.

The protests have largely fizzled out as anger has given way to disillusion.

"Nothing will change. This election will be won by the same factions that people protested against," said 45-year-old Baghdad day labourer Mohammed Kassem, vowing not to vote.

A new single-member constituency system for electing Iraq's 329 lawmakers is supposed to weaken the power of the traditional blocs largely based on religious, ethnic and clan affiliations.

But most analysts believe it will make the political process even less accountable.

The electoral commission said it expects to publish preliminary results within 24 hours of the close of polls.

It will likely take longer for the balance of power to emerge as the leading factions compete for the support of a larger number of independents.

The Fatah Alliance, the bloc representing many Iran-backed Shiite militias, is expected to retain its share of seats.

The list of populist cleric Moqtada Sadr, already the largest in the outgoing parliament, is expected to make gains but not enough to dominate the Shiite camp.

"The election will likely result in another fragmented parliament, followed by opaque, corrupt horse-trading among factions to form the next government," said researchers Bilal Wahab and Calvin Wilder in an analysis published by the Washington Institute.

"Few expect this election to amount to more than a game of musical chairs, and the (October 2019 protest) movement's core demands - curbing systemic corruption, creating jobs and holding armed groups accountable - are unlikely to be met."