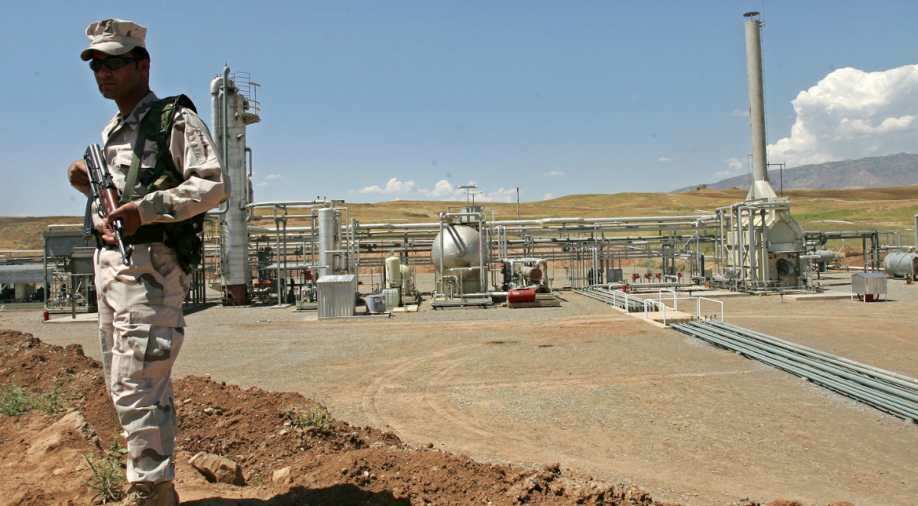 Iraqi forces have been tightening the noose around Mosul since launching the offensive on October 17. Photograph:( Getty )

Iraqi Kurdish forces have seized the town of Bashiqa near Mosul from the Islamic State group, an official said Tuesday, as US-backed militia forces advanced on the jihadists' Syrian stronghold Raqa.

Capturing Bashiqa would be a final step in securing the eastern approaches to Mosul, three weeks into an offensive by Iraqi forces to retake the country's second city.

Iraqi troops have also seized the town of Hamam al-Alil south of Mosul, and Tuesday investigators carried out an initial examination of a mass grave site discovered in the area.

Bashiqa was under the "complete control" of Kurdish peshmerga forces, Jabbar Yawar, secretary general of the Kurdish regional ministry responsible for the fighters, told AFP.

"Our forces are clearing mines and sweeping the city," Yawar said.

An AFP correspondent on the outskirts of Bashiqa said clashes were continuing, with three air strikes hitting the town and gunfire and an explosion heard.

The peshmerga said there were still some suicide bombers and snipers there, and about five percent of Bashiqa remained under jihadist control.

Iraqi forces have been tightening the noose around Mosul since launching the offensive on October 17, with elite troops last week breaching city limits.

Upping pressure on the jihadists, the Kurdish-Arab Syrian Democratic Forces (SDF) militia alliance on Saturday began its own offensive against IS's other main bastion, Raqa in Syria.

Raqa and Mosul are the last major cities in Syria and Iraq under IS control, and their capture would deal a knockout blow to the self-styled "caliphate" it declared in mid-2014.

The US-led coalition that launched operations against IS two years ago is providing crucial backing to both offensives, with air strikes and special forces advisers on the ground.

SDF forces have been pushing south from areas near the Turkish border towards Raqa, and alliance spokeswoman Jihan Sheikh Ahmed said Tuesday they had moved to within 36 kilometres (22 miles) of the city.

"Two more villages have been taken since yesterday," she told AFP, adding that SDF forces had so far advanced 14 kilometres (nine miles) closer to Raqa from Ain Issa, the operation's main staging point.

"The fighting continues; morale is good and our fighters are determined that this offensive will succeed," she said.

The fighting has prompted a steady trickle of civilians to flee IS territory, most heading towards Ain Issa.

"When the strikes started, we took off our burqas and said 'we're done with you' and we ran away."

Dozens fled the area aboard pick-up trucks and vans. Some left on mopeds, while others escaped on foot with their sheep and goats.

SDF fighters stopped them a few kilometers from Ain Issa, checking their identities and searching belongings to avoid infiltration by jihadists.

As in the battle for Mosul, the goal of the Raqa offensive is to surround and isolate the jihadists inside the city before mounting a street-to-street assault.

In both cases officials are warning of long and bloody battles ahead, with IS expected to put up fierce resistance and use trapped civilians as human shields.

More than a million people are believed to be in Mosul. Raqa in 2011 had a pre-war population of some 240,000, and more than 80,000 people have since fled there from elsewhere in Syria.

Iraqi forces scored another victory against IS on Monday by establishing full control over Hamam al-Alil, about 15 kilometres from the edge of Mosul and the last town of note on the way to the city from the south.

They said a mass grave was found at an agricultural college in the area, with the offensive's Joint Operations Command saying "100 bodies of citizens with their heads cut off" had been uncovered.

An AFP journalist Tuesday said body parts and bones were visible among rubbish dumped there.

Men in Iraqi security forces uniforms used ropes to pull two bodies, one headless, from the grave, and also removed a decapitated head.

Tamimi said the victims had been blindfolded with their hands and feet bound.

He said around 25 bodies were initially visible, but investigators believed "very large numbers" of corpses were there.

Dhiyab Tareq, a 32-year-old from the area, said he had heard shots when IS carried out executions at the site.

"I was sitting close to the door and heard the gunshots," Tareq said, adding that the next day IS members boasted about killing security forces members.

IS's rule has been marked by atrocities including mass beheadings and other executions.