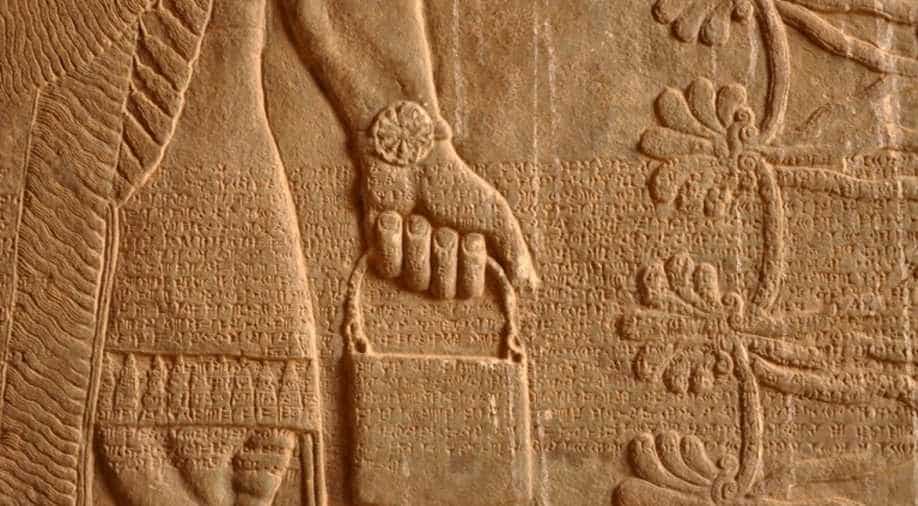 The?city?became the capital of the Assyrian empire, whose rulers built vast palaces and monuments that have drawn archaeologists from around the world. In photo: A partial view of bas relief dated from the Assyrian civilization on April 9, 2013. Photograph:( AFP )

The Iraqi military on Sunday said that soldiers south of Mosul have recaptured the Nimrud area, home to the site of an ancient Assyrian city blown up by the Islamic State (IS) group earlier.

"Units of the 9th Armoured Division completely liberate the Nimrud (area) and raise the Iraqi flag over the buildings," Iraq's Joint Operations Command (JOC) said in a statement quoting a top military officer.

He did not exactly mention the Nimrud archaeological site located around a kilometre (less than a mile) west of the village, stated an AFP report.

The Iraqi forces also retook another village southeast of Nimrud. The city became the capital of the Assyrian empire with vast palaces and monuments that have drawn archaeologists from around the world, AFP reported.

The IS had posted a video on the internet earlier of its fighters demolishing monuments and planting explosives around the site.

IS calls its destruction of artefacts and historic sites as religiously mandated elimination of idols.

But it also sells smaller artefacts to fund its operations, AFP stated.

Many of Nimrud's monumental stone sculptures and reliefs were taken away for display in museums around the world but some massive structures remained when the jihadists took over in 2014.