Iraq expresses 'deep regret' over death of protesters during unrest 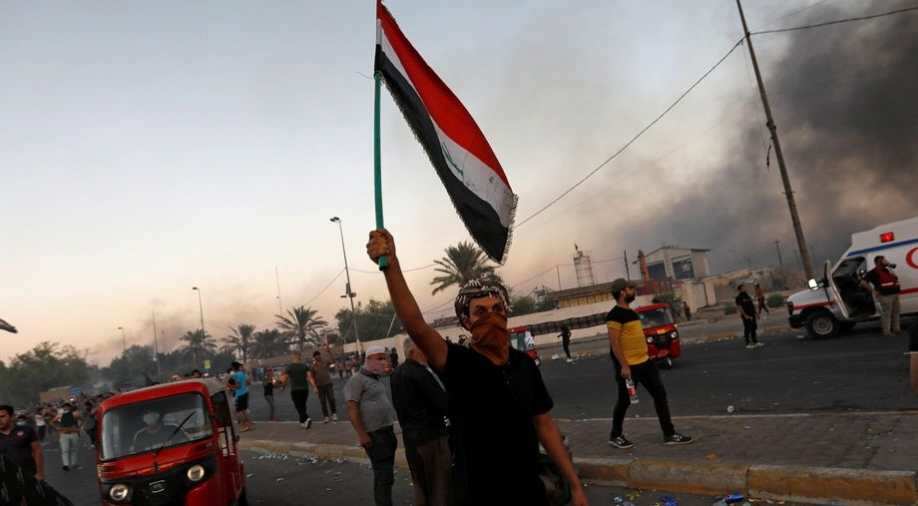 Iraqi officials expressed "deep regret" on Monday at the death of protesters during weeks of unrest but defended Baghdad's handling of the situation.

Nearly 300 people have been killed in Iraq since the protests against political corruption, unemployment and poor public services began on October 1.

Justice Minister Farooq Amin Othman acknowledged there had been "individual violations" by members of the law enforcement agencies but said they were being investigated.

"...We would like to express our deep regret for the number of people killed," he told international diplomats gathered at what the U.N calls the Universal Periodic Review.

"Our constitution guarantees peaceful assembly and the objective of our authorities is to protect the protesters," he said.

Other Iraqi officials said plans were under way to free detained protesters and for electoral reform, both of which were among a package of reforms urged by the United Nations.

But diplomats from several countries including the United States issued stinging criticisms.

"We recommend that Iraq immediately cease using excessive force against peaceful demonstrators, particularly the unlawful use of tear gas canisters and live ammunition, and hold accountable, in a transparent manner, those responsible for this violence," Daniel Kronenfeld, Human Rights Counsellor at the US Mission in Geneva.

The Netherlands called the use of force "unlawful, indiscriminate and excessive". Germany expressed deep concern and urged immediate steps to prevent further loss of life.

The United Nations Assistance Mission in Iraq released a set of recommendations on Sunday, including the release of peaceful protesters and investigations into deaths.

Iraq's ambassador to the United Nations in Geneva, Hussain Mahmood Alkhateeb, said the plan envisaged by Baghdad to address unrest was already being implemented and went "wider" than the U.N. proposals.

"No demonstrator will stay in prison unless there is a criminal investigation against them," he told Reuters.

Asked whether Iraq would consider trying Islamic State fighters on their own soil, as France and the United States has urged, he said: "Iraq believes that countries should take their nationals and this is a policy we are committed to."