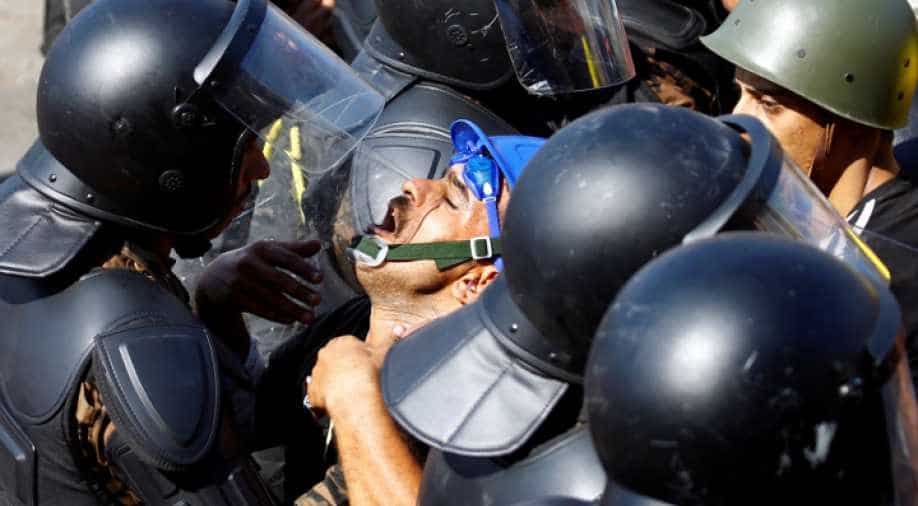 The protests which began on October 1 has left several people dead.

As bloodshed continued in Iraq, the White House on Monday urged the Iraqi government to halt the violence and hold early elections.

"The Iraqi government to halt the violence against protesters and fulfil President (Barham) Saleh's promise to pass electoral reform and hold early elections," the White House said in a statement.

In fresh clashes on Sunday, three people were killed and several injured as mass demonstrations against the government continued.

The protests which began on October 1 has left several people dead. On Sunday, demonstrators gathered at Baghdad's Tahrir Square as others gathered at Khallani square.

The White House expressed concern over the continued violence and alleged restrictions on the media and internet access.

"The United States is seriously concerned by continued attacks against protestors, civic activists, and the media, as well as restrictions on internet access, in Iraq," the White House asserted.

Protesters on the street have been demanding overhaul of the political system with Iraq's economy on the downhill as revenues from oil sales have plunged.

Protesters had also blocked roads leading to Gulf port Umm Qasr near Basra even as operations at Iraq's ports remained suspended for over a week due to the demonstrations.

According to reports at least 260 Iraqis have been killed since early October when protests first started, the largest since the fall of the Saddam Hussein regime in 2003.

The US embassy in Baghdad had earlier condemned the violence against demonstrators and had urged Iraq's leaders to engage with the protesters.