Iraqis struggle to continue protests after deadly crackdown by authorities 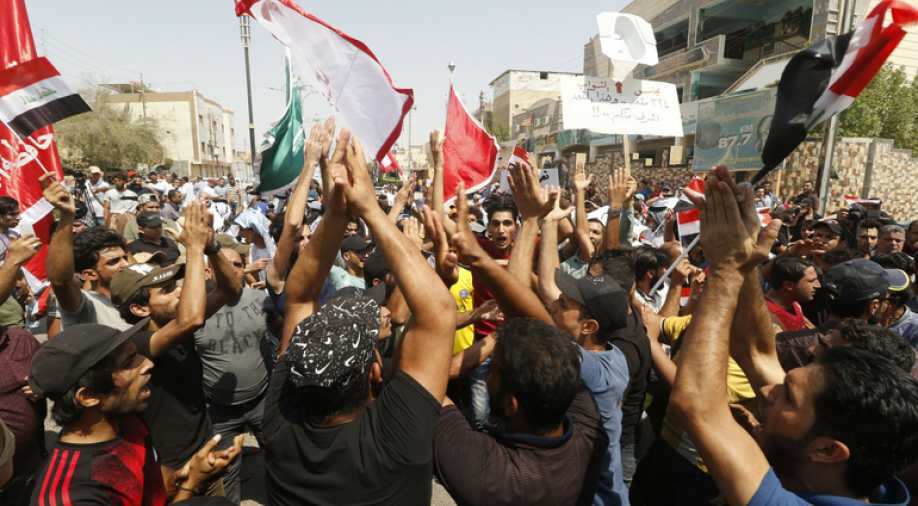 Iraqi protesters struggled to keep up their anti-government sit-ins Sunday following a deadly crackdown by security forces that Amnesty International warned could turn into a "bloodbath".

Seven protesters died on Saturday in Baghdad and the southern city of Basra in the latest violence to hit the wave of popular protests that have shaken the country since early October.

The United Nations warned of a spreading "climate of fear" and its top official in Iraq, Jeanine Hennis-Plasschaert, said it was receiving "daily reports of killings, kidnappings, arbitrary arrests, beatings and intimidation of protesters".

Security forces early Sunday deployed tear gas in the southern city of Nasiriyah to keep back a crowd trying to shut down the education directorate.

University students in Diwaniyah were able to gather for a protest, but police blocked school children from walking out of class to join.

Those in Hillah and Kut had more success, with government offices and schools still shuttered.

And in Basra further south, some 30 protesters marched to reach their usual protest site outside the port city's provincial headquarters but were also kept about 600 metres away by police.

The previous day, security forces had cleared out the Basra sit-in location, leaving three dead, and detained scores of demonstrators.

They also cracked down in Baghdad, where four protesters were killed Saturday around the central protest site of Tahrir (Liberation) Square.

On Sunday morning, security forces erected concrete barriers sealing off Tahrir from a nearby square, where the air was thick with tear gas, an AFP correspondent said.

"This is turning into nothing short of a bloodbath, all government promises of reforms or investigations ring hollow while security forces continue to shoot and kill protesters," said Amnesty's regional director Heba Morayef.

The demonstrations broke out in Iraq's capital and its south on October 1 in outrage at corruption, lack of jobs and poor public services.

But they quickly spiralled into calls to uproot the entire governing system, which is widely blamed for perpetuating graft and clientelism.

The government has suggested a series of reforms, the bulk of them hiring drives and welfare plans.

The protests initially shook the government but political leaders have since closed rank around embattled premier Adel Abdel Mahdi.

Around 300 people have been killed in the protests, according to a toll compiled by AFP. The government has stopped issuing figures.